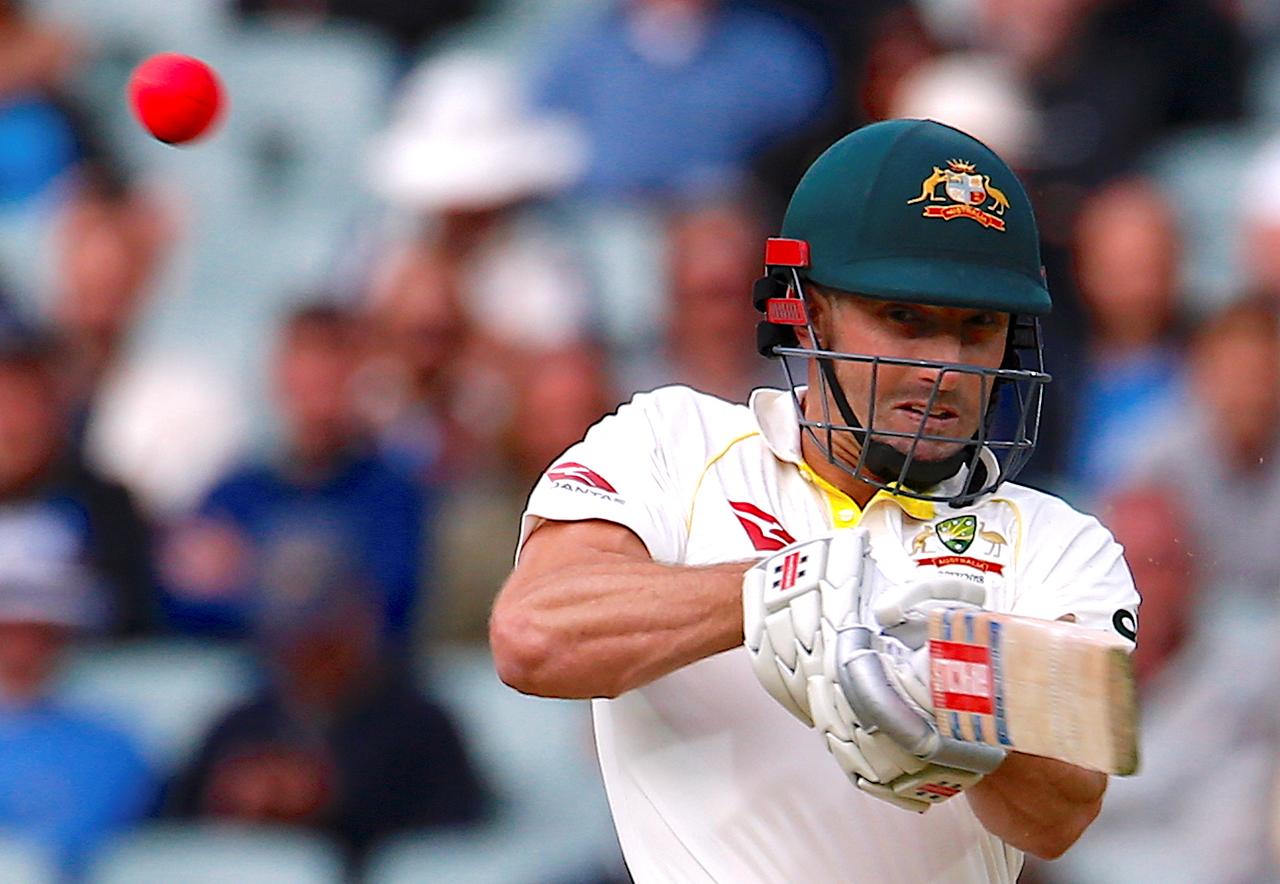 England face a battle to stay in the second Ashes Test after a Shaun Marsh century put Australia in command on day two in Adelaide.

England spent 149 overs in the field after winning the toss and when they came to bat, facing an Australia attack armed with a pink ball under the floodlights, it seemed like a recipe for the top order to be blown away.

The tourists lost Mark Stoneman, lbw to Mitchell Starc for 18, before rain arrived to wipe almost 19 overs off the day.

With Australia 1-0 up after a 10-wicket win in Brisbane, it is no exaggeration to say that England’s hopes of retaining the Ashes are already under huge threat, especially as the next Test comes in Perth, where England have not won since 1978.

This Test, the first day-nighter in Ashes history, was earmarked as a must-win for England in their bid to defend the urn.

The pink ball, floodlights and often-wet weather seemed ideal to be exploited by the likes of James Anderson and Stuart Broad.

But after Joe Root became the first captain in 25 years to field first at the Adelaide Oval, England bowled poorly on day one and paid the price on day two.

Though England improved on their first-day display, they spent most of Sunday in the field thanks to a combination of lucklessness and Marsh’s admirable occupation of the crease.

It always seemed likely that Australia would declare and give England a difficult evening period to try to survive.

The home crowd had already been buoyed by some late Marsh hitting and were eager for English pain when Starc began delivering the ball at 93mph.

With England initially scoring freely, both sets of fans were vocal, only for Stoneman to be pinned by a searing Starc yorker that would have demolished leg stump.

In the end, England were pleased to see the rain.

Marsh’s call-up for the first Test was met with derision by some who feel he has been given too many opportunities at this level.

Since making his debut six years ago he has only won 25 caps and this is his eighth recall.

However, the left-hander made an important half-century in Brisbane and followed it up with a fifth Test century of grit, patience and potentially huge significance in the context of the series.

With Australia 209-4 overnight, Marsh, on 20, saw Peter Handscomb trapped leg before by Broad in the first over of the day, but built stands of 85 with Paine and 99 with Cummins.

Wicketkeeper Paine, himself a controversial recall, counter-attacked for a third first-class half-century in three weeks after going three years without passing 50. Two of those scores have come against England.

Cummins took 37 balls to get off the mark but took 44 runs off his next 53 with cuts and hits through the leg side.

At the other end, Marsh repeatedly left outside the off stump, scoring with clips off his toes, cover drives and the occasional cut.

When he reached three figures he ran towards the Australian players and staff assembled on the boundary with his helmet off and bat raised.

And, when the declaration was imminent, he took Broad for 14 from three deliveries to further tread England into the dirt.

Things could have been different for England had they started day one in the manner in which they began day two.

Broad, with a ball only an over old, immediately found seam movement to pin Handscomb in front, celebrating with a roar at the batsman.

England were still arguably bowling too short, but they were also without good fortune.

They beat the bat with regularity and Anderson had two lbw decisions overturned in as many overs. Marsh, on 29, and Paine, on 24, were both reprieved by height.

Craig Overton, impressive on debut, eventually had Paine fall into the trap of hooking to deep square leg and Broad induced a mis-timed pull from Starc.

But, as the ball moved less in the middle session, any hope that England had of running through the tail was dashed by Cummins, who followed up the 42 he made at the Gabba.

He punished the disappointing Moeen Ali, the off-spinner struggling on a day when he was also hit for a huge six over mid-wicket by Paine.

The lowest point of England’s day was a calamitous drop of Marsh, slip Cook and gully Vince colliding after Chris Woakes found the shoulder of the bat.

And even after Overton had Cummins held at third man, Nathan Lyon swiped the same bowler for six in a stand of 32 with Marsh that came in only 22 balls.

“When you win the toss and bowl you have got to make sure you capitalise and bowl the right length.

“The pitch is playing well. The batsman should feel they can get runs.”