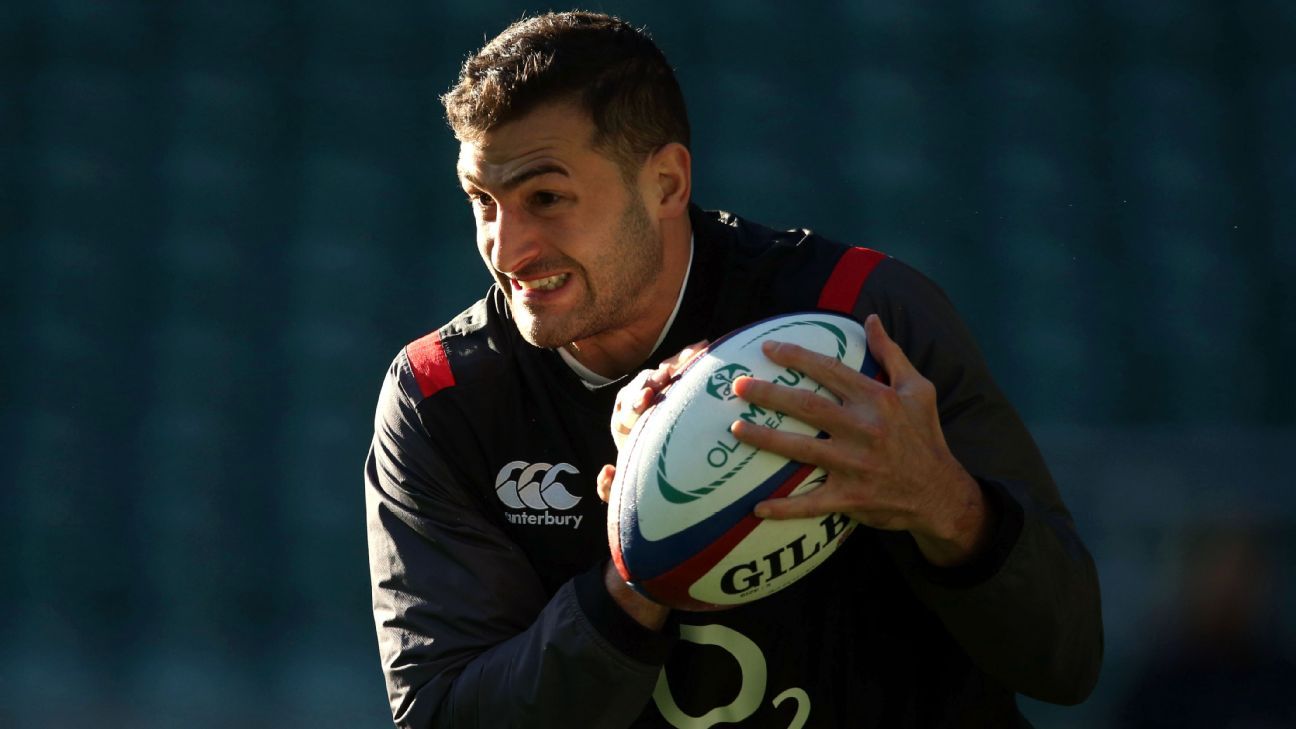 European club rugby is back for 2018 and there is plenty to play for as teams jostle for position in the Aviva Premiership, PRO14 and Top 14.

ESPN’s experts predict which teams are set for a big weekend, which players will shine and where your attention should be trained across the three competitions.

Premiership (Martyn Thomas): Josh Adams (Worcester). One man’s misfortune is another man’s opportunity, and the knee injury suffered by George North in his return to action against Harlequins last weekend could yet result in a Six Nations call up for Adams. The Worcester wing, 22, has been in fine form for the Warriors this season and having scored in six successive Premiership games is closing in on Mark Cueto’s league record (eight). A Wales cap would be hugely deserved.

PRO14 (Cillian O Conchuir): Carlo Canna (Zebre). The league’s top points scorer is hitting form in the lead up to the Six Nations. The fly-half position has been the undoing of many Italy sides, but if Canna — pushed on by the emergence of Ian McKinley — can keep kicking goals on the domestic front, an upset against England on the opening weekend might just be on the cards.

Top 14 (James Harrington): Semi Radradra (Toulon). In a week in which it was reported in France that the Toulon winger-cum-centre was about to sign a €600,000-a-year two-year deal with Bordeaux, you’d expect the player would do his best to remain under the radar. Instead, the Fijian — along with teammate Josua Tuisova — hit the headlines when he failed to report for training ahead of last weekend’s trip to Toulouse following a two-week Christmas holiday. He finally returned Wednesday, Jan. 3, and will be expected to put in a strong performance at Brive on Saturday.

Game of the weekend

It’s third against second at the Ricoh Arena, as in-form Wasps hosts Saracens, who have won back-to-back games to banish memories of their mid-season slump. The home side have looked back to their riveting best in recent weeks, and in Danny Cipriani possess one of the Premiership’s standout performers. Standing in their way is a Saracens team that could be boosted by the return of Maro Itoje and Billy Vunipola. Expect fireworks in Coventry.

A huge game with so much at stake. Leinster head into the game following back-to-back wins against Munster and Connacht while Ulster kept their slim playoff hopes alive with a win over the Munstermen. This could bring second and third in Conference B closer together or jettison Ulster’s post-season chances once and for all. Either way, there’s plenty to play for in Dublin.

It’s tough at the top. It’s tough at the bottom. But in the middle it’s so tough that if it was a person if would rival Eddie Hall for the title of World’s Strongest Man. And, to continue that theme, this eighth vs. seventh encounter would definitely be up there with the Atlas Stones. Expect plenty of attack and counter-attack as two sides with genuine top six ambitions look to maintain their challenges.

The concertinaed nature of the Premiership beneath leaders Exeter means that sixth-placed Bath are as close to their hosts in 11th as they are to table-topping Chiefs. In their bid to keep pace with the chasing pack and maintain their playoff hopes, Todd Blackadder will know his side need a win at Sixways. However, they head into the game with just one win in their last five games, and face a Warriors team that contains the league’s in-form wing in Adams.

Treviso are a long shot at making the Champions Cup spots but a win against the Cheetahs could keep their chances alive. At home against a side that haven’t played since Dec. 2, this could be their best opportunity to breathe life into a stagnating campaign. However, the Cheetahs — with two games in hand in Conference A — have hopes of making the final four and need victory to put pressure on second-placed Munster above them. 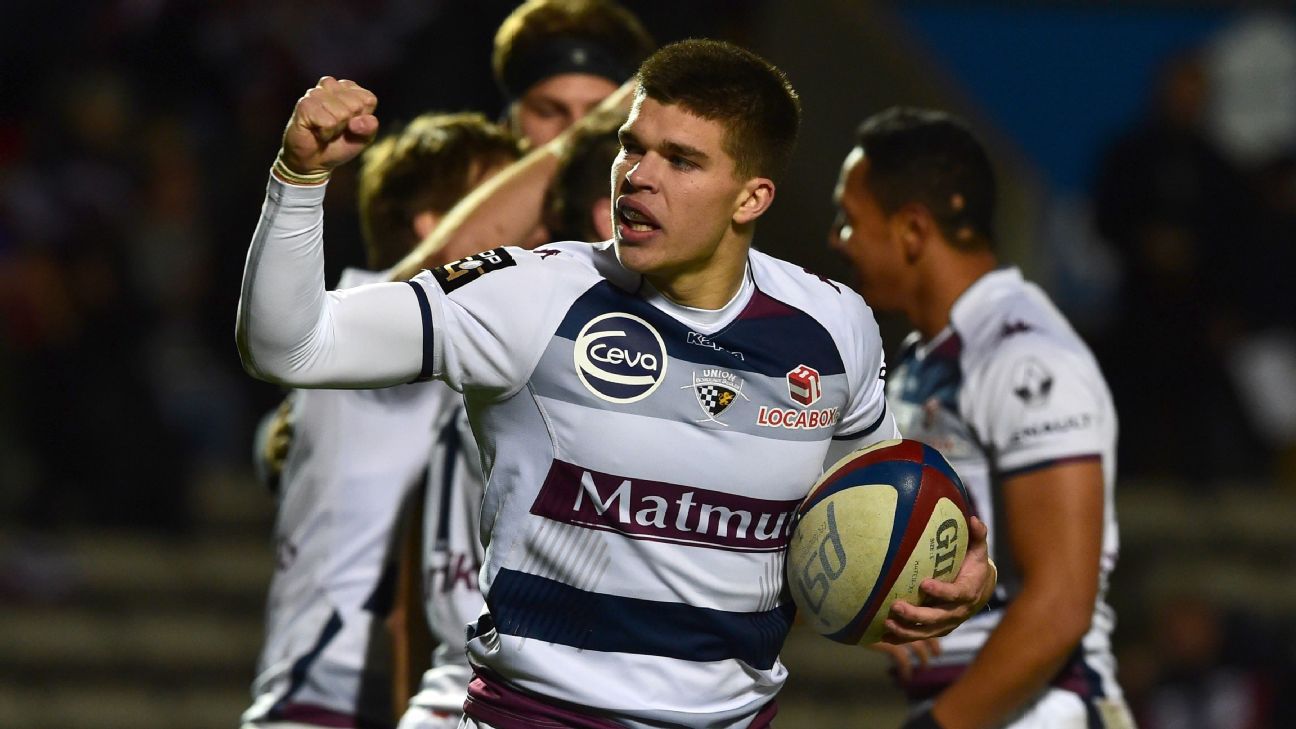 Six places and 10 points separate the two sides in the Top 14 — but no one expects a match against Clermont, even a Clermont side coping with this many injuries, to be anything less than a monstrously difficult encounter. And, after last weekend’s surprise defeat, they will be out to prove a point. Racing, at their new U Arena home, had better be ready.

Prem: Alan Gaffney. The Australian coach, 71, arrived in Northampton via Dubai on New Year’s Eve and has spent the time since getting up to speed with what needs to be done to turn around his new side’s abject form. Saints host Gloucester Saturday and Gaffney needs to kick things off with a victory if his stated aim of leading Northampton into the top four is to be realised. It will not be easy, Saints have shipped 184 points in their last five games alone.

PRO14: Samson Lee. With the Six Nations coming into view, the Scarlets prop could not have timed his return from injury much better as far as Wales are concerned — especially as Leon Brown, one of his rivals for the Wales No. 3 shirt, is sidelined for the Dragons due to a concussion. Lee has not appeared in the PRO14 since October but will need to hit the ground running Friday night as Scarlets look to extend their lead atop Conference B with a win in the Welsh derby. 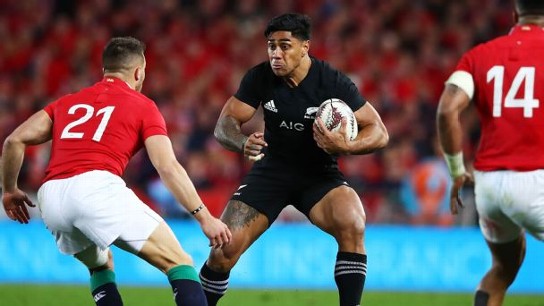 TOP14: Clermont. They may be four for four in Europe, but domestically this season is not going to plan for the defending Top 14 champions, who have 10 backs and five forwards in the treatment room. Worse still, their last remaining crumb of home comfort was crushed last weekend, when they lost for the first time since April at Stade Marcel Michelin. With the Champions Cup again looming, head coach Franck Azema will just be hoping what’s left of his injury-ravaged squad will survive their trial by Racing 92 at the U Arena relatively unscathed.