CHICAGO — This holiday week marks the unofficial halfway point of the offseason. The early hot stove moves are behind us, and another wave will likely begin shortly after New Year’s Day. It has been slow moving, giving us an opportunity to take stock of where teams stand in relation to their competition — and for the Chicago Cubs, that always includes measuring up to a certain National League Central rival to the south.

Have the St. Louis Cardinals closed the gap on the Cubs in the division this offseason? Perhaps a little, but then again, the winter isn’t over — far from it, when you consider the number of free agents still on the market. The Cardinals are bound to make another bold move or two, or at least that’s what their rivals have been thinking all along.

“We’ve expected the Cardinals to have a huge offseason,” Cubs president Theo Epstein said earlier this month at the winter meetings. “They’re positioned really well, with a strong farm system, a lot of movable parts and lots of payroll flexibility.”

St. Louis finished in third place last season, nine games behind the Cubs, which was an improvement on 2016, when they were 17 1/2 games behind at season’s end. But that’s not the kind of minuscule improvement the Cardinals are looking for.

“We’ve been very accustomed to being a part of October,” manager Mike Matheny said. “I don’t want to ever lose that. I don’t want our guys to ever feel that that’s being spoiled. We work very hard to be a team with sustained success here, long before I got here and to keep that torch going. What are we doing that’s not allowing us to be there, or what can we do to get us back?”

The Cardinals are asking those questions internally, but some answers will come from the outside. One arrived in the form of a trade with the Miami Marlins during the winter meetings, which netted St. Louis a dynamic bat in Marcell Ozuna. After Giancarlo Stanton and perhaps J.D. Martinez, Ozuna might be the best hitter to change teams this offseason. He fills a huge hole. The Cardinals also signed highly sought-after starter Miles Mikolas, who is returning from a successful stint in Japan, as well as reliever Luke Gregerson. The Cubs countered with free-agent pitching additions Tyler Chatwood, Steve Cishek, Brandon Morrow, Dario Alvarez and Drew Smyly (Tommy John).

So far, it has been quantity over quality. The Cubs have stayed out of the big-money sweepstakes for some players, though the door for Jake Arrieta, Yu Darvish and Alex Cobb — among others — remains open. The Cardinals, meanwhile, might be only about halfway finished with their offseason. The acquisition of Ozuna alone might win them the winter over their archrivals, but then again, they needed to close the gap with the Cubs. A legit third base addition and a closer would indeed give the Cardinals a fighting chance to dethrone the Cubs.

“We figured by the time the winter is over, they would get one or two big bats, maybe a big closer, maybe a starter. Who knows?” Epstein said. “We have to remind ourselves not to be reactionary. We have to do what’s best for the Cubs.”

The timing hasn’t been great for Chicago. It wasn’t long ago that they had seemingly cornered the market on power in the NL, but now everyone is hitting home runs. Meanwhile, they haven’t developed pitching the way they’ve wanted. After trading some of their top prospects for closer Aroldis Chapman in 2016, they dipped down into their farm system again last summer to acquire lefty Jose Quintana. With Arrieta, John Lackeyand Wade Davis on the free-agent market — combined with a bullpen that imploded in the second half — the Cubs have methodically filled holes this winter.

They’ve done what Epstein professed: what is best for the Cubs. But they also haven’t necessarily maintained the same gap with the Cardinals.

“They’re an incredible franchise,” Epstein said of the Cardinals. “They always field a strong team. We felt like this would be an offseason where they would make a lot of big moves to get better and try to change the script. That’s what makes it a great rivalry, but we’ve been fully prepared for them to have a huge offseason.”

Perhaps the next deal or two for either team will determine just how big a favorite the Cubs are to three-peat in the division. Without a team at the bottom of the rebuilding ladder, the NL Central could be one of the more competitive divisions in baseball.

“Every team we’re seeing is making progressive moves to get better and not just be relevant but to win this division,” Matheny said. “That’s the way we go into it, too. We’ve been fortunate because there are teams, obviously, as you go through different phases, but I don’t see any team in our division being in that [rebuilding] spot.”

That could change if Pittsburgh, for example, moves Gerrit Cole or Andrew McCutchen, but neither of those moves would affect the top of the division, where the Cubs, Cardinals and a new contender based on 2017 — the Milwaukee Brewers — resides. Based on the happenings so far this winter, a true Cubs-Cardinals division race could be at hand in 2018. Although nerve-wracking for each fan base, it would provide endless excitement next summer. The Cubs know their rivals are coming for them.

“Some years, you’re positioned to have a big offseason, and some years it’s going to be more of a quiet one,” Epstein said. “This one, for them, the writing was on the wall. It’s going to be big.” 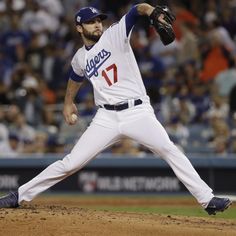