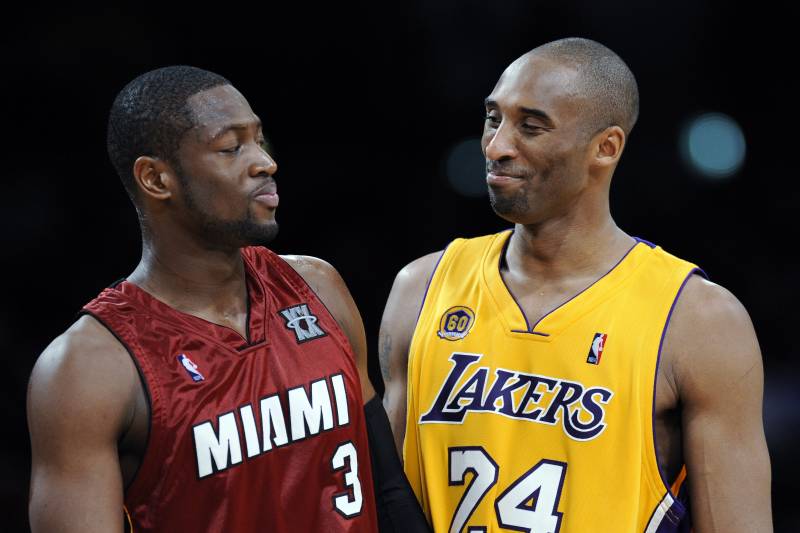 The idea came to Kobe Bryant right away when his longtime collaborators at Nike told him the Lakers wanted their fourth jersey — the so-called “city edition” — designed in his honor: a snakeskin pattern to play off of his “Black Mamba” nickname.

“The snake came to me immediately,” Bryant says. “It came to me so fast, I was thinking, ‘This can’t be that easy. This idea is not going to work.’ I spent months trying to talk myself out of it. But in the end, simplicity always wins.” 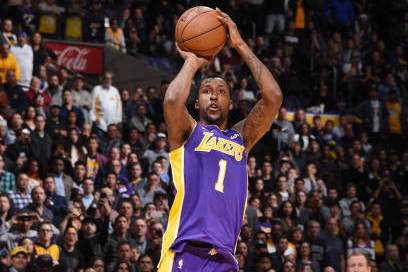 Esleban Montoya, Nike’s art director for NBA uniforms, had worked with Bryant before on shoe designs and knew Bryant would want to be involved with every step in the creation of the first “Lakers Lore” jersey. (All 30 teams will have city edition jerseys, but the Lakers are the only ones planning to use them to honor franchise legends, the NBA and Nike say. With Bryant’s jersey set to be retired on Dec. 18, he was a natural choice to kick off the series, which will debut on Friday Jan. 26. The Lakers intend to make these their Friday jerseys for the rest of the season).

Nike was ready to take a big swing. The Lakers have barely changed their logo and court design since moving to Los Angeles. And they shouldn’t. Their iconography — the swooping “Lakers” script, the “forum blue” and gold color scheme, the gold home jerseys — are synonymous with winning. Strip away that championship nostalgia, and the Lakers’ art would still be among the very best in the league.

But with four jerseys unlocking so many new options, Nike had the chance to shoot for something out of the box with a uniform the team might wear only a handful of times. They could reinvent the brand without really reinventing it.

“They have always had a more traditional aesthetic,” Montoya says. “This was an opportunity to look at something more progressive.” They toyed with the idea of enlarging the ball in the team’s primary logo and blowing up the logo itself — a play on the Lakers being “larger than life,” Montoya says. They showed Bryant mock-ups of orange, sunset-themed jerseys that would hint at L.A.’s weather and glamorous nightlife.

“It was about embracing Los Angeles — embracing the nightcap, and the sunset,” Montoya says. “Seize the game, and seize the end of the day. That was compelling.”

They ran every mock design past Bryant. He liked the sunset theme, but his mind kept going back to the black mamba. “We talked about playing off the weather and the sunset — all this gimmicky s—,” Bryant says. “But it all felt like trying to talk ourselves out of the simplest idea. In the end, you have to get right to the truth of it.” The Lakers and Nike might return to that sunset theme in future alternates, but everyone agreed to go with the snake motif. 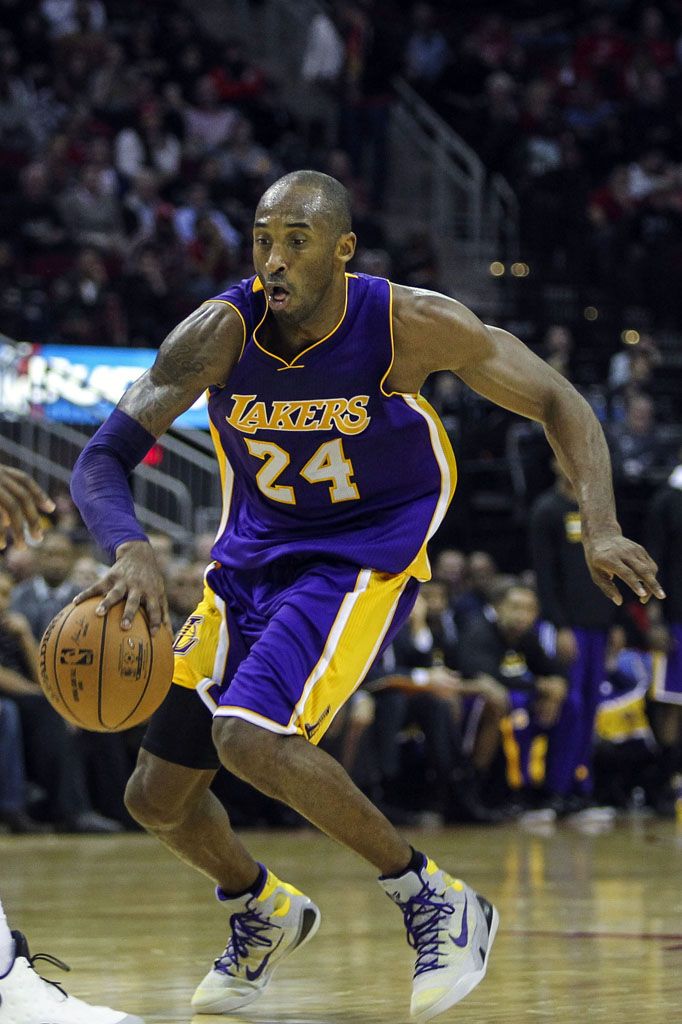 With that settled, it was time to dig in. Bryant and the designers thought about using a brighter base color, or one that would make the snakeskin print easier to see. There are more garish designs floating around.

Nike considered a slate gray look. Some black mambas actually have grayish skin; they get the “black” in their name from the color of the inside of their mouths — the last thing a victim sees before the mamba strikes. Had they gone with slate, the designers would have mimicked this effect by making the inside of the jerseys black, Montoya says.

“Black added a level of mystery,” Bryant says. “You watch athletes run up and down the floor, but you don’t know what is inside of them. And that’s what the black mamba stands for — what is inside of you. It doesn’t stand just for me. It stands for an attitude that should be inside of you when you put the Laker jersey on. You should play with a killer approach.”

As a matter of taste, Bryant also defaults to clean and basic. “I like simple,” Bryant says. “Nothing busy. I like things that convey a message instantaneously.”

Another reason black appealed: It evoked a famous Slam magazine cover from 2003, in which Bryant poses with three championship trophies — one for each title in the Shaq-Kobe-era three-peat — wearing a black version of an Elgin Baylor/Jerry West-era throwback.

Bryant insisted the jersey incorporate elements of uniforms the Lakers wore during his rookie season, Montoya says. Those touches include 3-D-style lettering, with the classic drop shadow and the scoop neck. (Nike’s new jerseys have a sharper V-style-neck). The silhouette of the jerseys, including the shorts, is meant to evoke the Showtime era of the 1980s, Montoya says.

The jersey is littered with little treasures for uniform nerds. Eight stars run down the outside of the shorts on each leg — one star for each of the Lakers’ 16 championships. Unfold the flap at the bottom of the shorts on the right leg, and you’ll discover a gold “8.” Do the same on the left side, and you’ll reveal a gold “24.”

They gave “24,” Bryant’s number starting in the 2006-07 season, center stage on the belt buckle, and Montoya added one snazzy final touch: He colored the parts of the “2” and “4” that connect gold, so that they stand out as a slanted “LA” within the 24 numeral. “It represents the idea that Kobe and L.A. are really one of one,” Montoya says.

Bryant is thrilled with the result.

“It was fun to help create it,” he says. “It means something right when you look it. And if you’re a Lakers fan, you know what it means.” 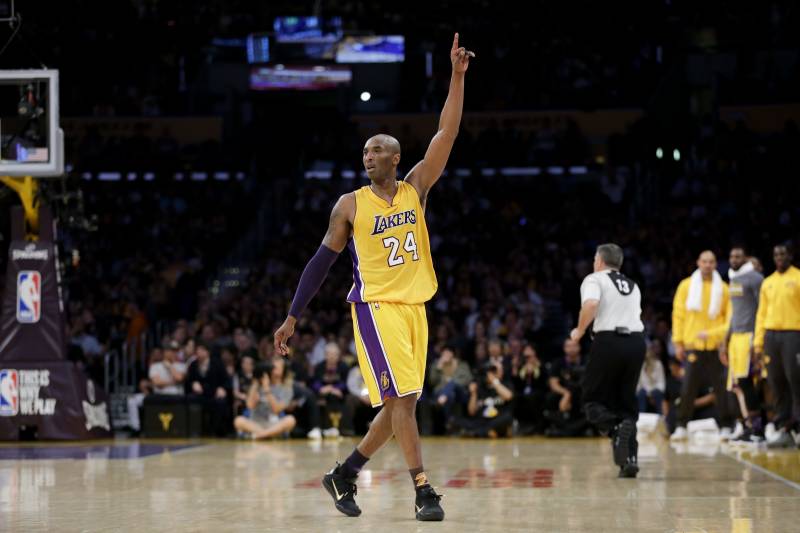