As the reality star continued her tropical vacation with family and friends in Hawaii, Kendra found herself going off on a few not-so-cool Instagram followers.

“Wow by my last post I just exposed all you sick f–ks. Sexualizing a child is NOT ok. Even I you said, what are you thinking posting that? YOU are just as bad as a pedo,” Kendra wrote to her 2.3 million followers. “All you people living in your cages, sit the f–k down and re think life. Oh wait life is already over for you. So we should be living in a cage because of sick f–ks who think of children that way??? So they run our lives now.”

Open your heart and mind and you'll see the beauty around you. Let go of pain and anger and just take in the sound of the ocean. Look into the sky and imagine yourself looking down at the world to realize how small we really are and how life is just what we create with the short period of time we are here. The world will go on n we will just become dust in the wind so be brave and fearless n forgive and love to the fullest. Laugh at everything n don't live by the rules. #MessagefromKendra #boredomademedoit

She added, “Man, this world is more f–ked up than I thought. I’ll go ahead and go back to my vacation.”

After the last post was deleted, fans aren’t exactly positive what Kendra is referring to. Some followers, however, are speculating that a fan criticized the mother for having her daughter hang out by the ocean without a bathing suit top.

Despite the few but vocal critics, Kendra continued to share several photos of who she was vacationing with including best friend Jessica Hall and Hank Baskett.

“Time to get lei’d,” she joked on Instagram while posing with her husband by the ocean blue water. 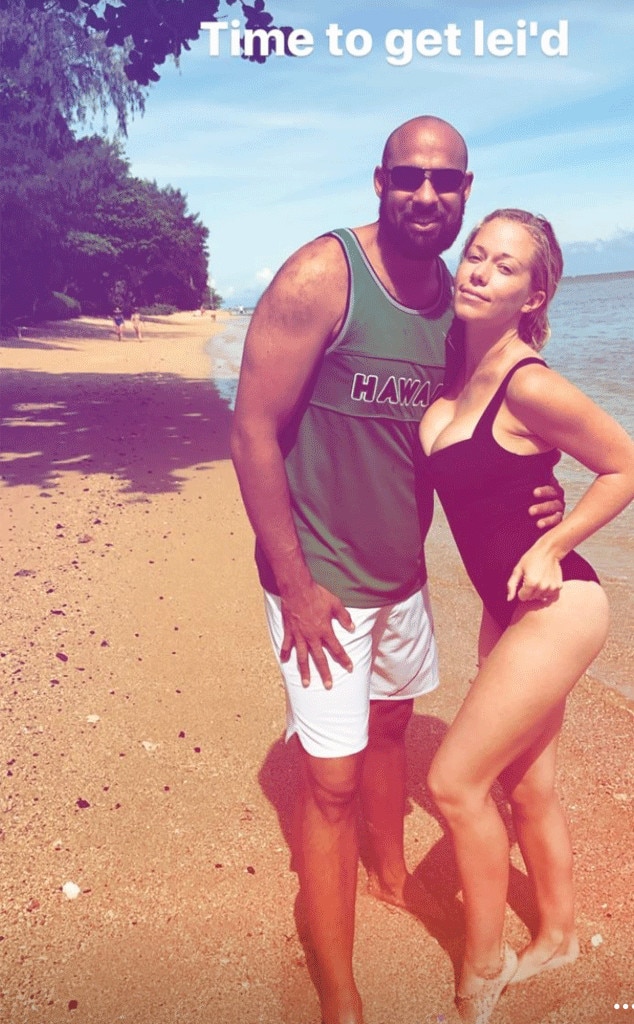 The sunny vacation comes as Kendra prepares to have Marriage Boot Camp: Reality Stars Family Edition premiere. In the new season, the former Girls Next Door star will work on the estranged relationship with her mother.

“The decision to do family boot camp with my mom was the toughest decision of my life,” Kendra shared with E! News last week. “It really truly was.”

As to whether or not the pair will mend their relationship or end it for good, we have to watch when the show premieres.