As he approaches his 33rd birthday in his remarkable 15th NBA season, LeBron James has found himself echoing his old Nike marketing slogan to gently remind people tuning in what they’re witnessing.

“I think people have just grown accustomed of what I do, and it gets taken for granted at times what I do because I do it so often and it’s been a constant thing for so long,” James said Dec. 6 on the morning of the Cleveland Cavaliers’ game against the Sacramento Kings. “It’s like, ‘Oh, that’s what LeBron’s supposed to do.’ It looks easy, but it’s not.”

Whatever feats James is making look effortless this season — and there are plenty of stats that illustrate his elevated play — were set in motion nearly a decade ago by several events that shaped his basketball future.

When James was in eighth grade, Buchtel High School senior Doylan Robinson — a chiseled, 6-4, 210-pound shooting guard — was all the rage in Akron, Ohio.

“He was an animal in my eyes,” James recently told ESPN. “We used to always go to those games back when Akron City Public School Basketball was crazy, and he was somebody I kind of looked up to just because he was right there. And then he went to Ohio State. I was like, ‘Damn, somebody from Akron, Ohio, can get a full ride to Ohio State?’ And then he got in a big car accident and never played again.”

After the accident, which happened during his junior year, Robinson fell behind in school and decided to forego his senior season to concentrate on academics. James was reminded of Robinson this month when Buchtel — the same high school his wife, Savannah, attended – retired Robinson’s No. 10 jersey. James honored him on Twitter and Robinson reached out to a mutual friend and James’ high school teammate, Sian Cotton, to say thanks for the recognition.

But as much as Robinson inspired James for what he was capable of doing, he also provided a cautionary tale of how fleeting it can all be.

“From the day I started playing basketball, I never wanted to be a one-hit wonder,” James said. “I knew I was born with a gift, but I was like, I want to keep it going. I want to be as great as I can be and I always wanted to be the greatest player that everybody has ever seen.”

James followed Robinson’s footsteps, using basketball as a springboard out of Akron, but he sprung a little bit higher, turning down a scholarship offer from Ohio State (and many other schools) to head straight to the NBA out of St. Vincent-St. Mary High School.

The start to his career was serendipitous: Rookie of the Year in 2004, his first All-Star appearance in 2005, a triple-double in his first playoff game in 2006, his first NBA Finals berth in 2007.

But that rush of success wasn’t enough for James.

In the summer of 2008, as James and members of USA Basketball’s “Redeem Team” prepared for the Beijing Olympics, a 24-year-old James began ramping up the training regimen that has become a part of his standards today.

James’ Olympic teammate, Kobe Bryant, was widely credited for setting the tone for Team USA’s workouts, aided by his personal trainer, Tim Grover. Mancias was a disciple of Grover’s, and brought his own personal touch to James.

Mancias, along with the rest of the Cavs’ training staff and outside consultants like Donnie Raimon and David Alexander of DBC Fitness in Miami, continue the work to keep James pushing the boundaries for his success.

James has trusted the group’s methodology, whether it be through old-school equipment like the VersaClimber or new-school techniques like balancing on yoga bubbles. 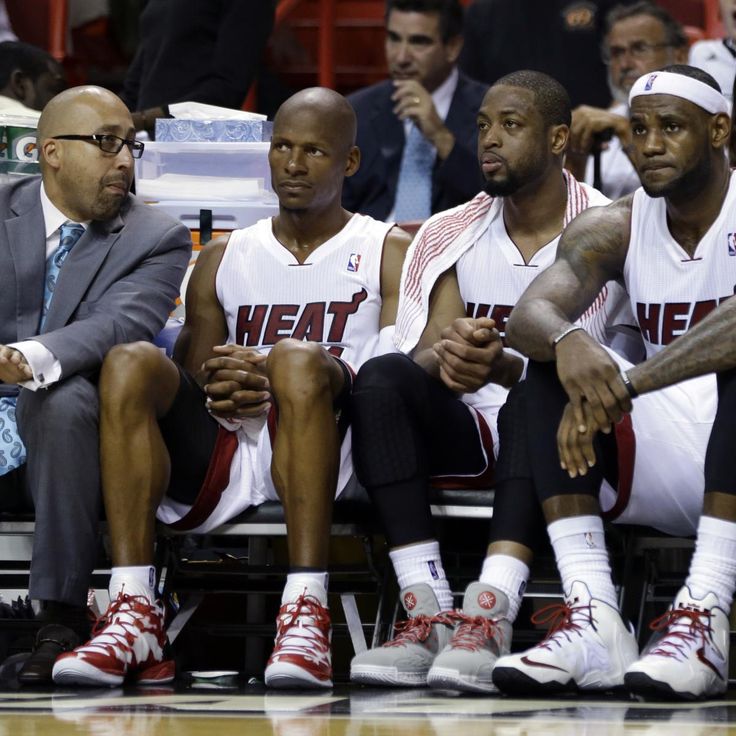 Mancias offered up the “ethically” quote unprompted. He is aware of skeptics wanting to delegitimize James accomplishments by assuming he’s on performance enhancers. But Mancias has seen James put in the work, so his production — including leading the league in clutch-time points (94) and assists (15) while being tied with DeAndre Jordan for the lead in clutch-time rebounds (28) – comes as no surprise.

“If it was a guy who wouldn’t work, who was lazy, eat junk, then I’d be like, ‘Whoa! This guy defies science!'” Mancias said. “But if you work hard, you do your homework, you get good grades, right? So, same scenario. Every day. Every day is something.”

Leading up to the theatrical release of “More than a Game” — the documentary that chronicled James’ high school days — in the fall of 2009, he went on a worldwide tour to promote the film. James played pitchman while finding time for basketball with the help of then-Cavs assistant coach Chris Jent.

“I just think in his development, the trip that we did, was huge,” Jent, who is now an assistant with the Atlanta Hawks, told ESPN. “That was an interesting summer because there was so much time as far as coaching goes. You bring like 6,000 clips with you and you show him good and bad and have 13-hour plane rides to do it.”

The guy who skipped college took a crash course in Basketball 101, scouring Jent’s laptop for clip after clip of the proper way to split a double team, the incorrect way to slip a screen, the most effective way to box out a weak-side rebounder, the wrong approach to closing out on the perimeter and on and on and on until he’d watched more film in a summer than some do for a career.

“Being able to have that intense amount of time really cemented a lot of things,” Jent said. “Whether it be fundamentals or different growth within his game. So that was very unique to me. I’ve never done anything like that with a player.”

He’s also never had a player with an internal combustion engine driving him like James has. It’s the same force that had James testing his limits in workouts this summer following a seventh straight trip to the Finals and the same joie de vivre that had James dancing during warmup lines on the second night of a back-to-back after travel complications held the Cavaliers on the runway for hours the night before.

“I always reflect on his energy,” Jent said. “There’s no end to it. In the season, being a professional who takes his job seriously, you’re able to give it the right energy and focus. But when you’re on the road in L.A. or in Oregon, and he’s doing photo shoots, commercials, appearances, you work out in the morning and his energy is like through the roof. And then he gets done, and it’s the end of the day, and he’s in the gym at 8 o’clock at night. It’s like, what is this guy made of?”

If James wins his fifth MVP this season — he came in second to James Harden for the award in a national poll of potential awards voters conducted by the Washington Post earlier this month – he’d become the first multiple MVP winner to go more than four years between taking home the hardware.

LeBron says he has been fortunate to have a long career

LeBron James is interested to see who can possibly duplicate his success at this point in his career at age 32.

“They called him the ‘Chosen One’ but he’s the one who chose that he wanted to be great,” James’ agent and longtime confidant, Rich Paul, told ESPN.

Still, even Paul still struggles to answer one question when it comes to where James is today: Why push so hard, even as his 33rd birthday approaches?

“Commitment is the key to anything,” James said.

“There will be times when I come home from a road trip and I just don’t feel like going to the practice facility,” James told ESPN, “but I got to go because I know everything is there – cold tanks, hot tanks, ultrasound machines. I can get a great stretch, I can get a great lift in.”

He built good habits both mentally and physically and developed appreciation for how precarious this whole hoops dream can be.

And now, it’s his duty to keep churning out hits to be added to that “Best Of” album that will be awaiting him in Springfield, Massachusetts someday. 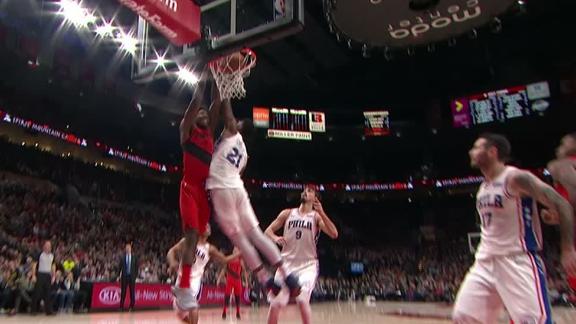 “I got enough motivation and while I’m playing this game, while I keep suiting up, while I keep doing what I’m doing, I’m going to give it everything I got,” James said. “And when I’m done, you know, we can sit here and debate about who is the greatest to ever play this game.”