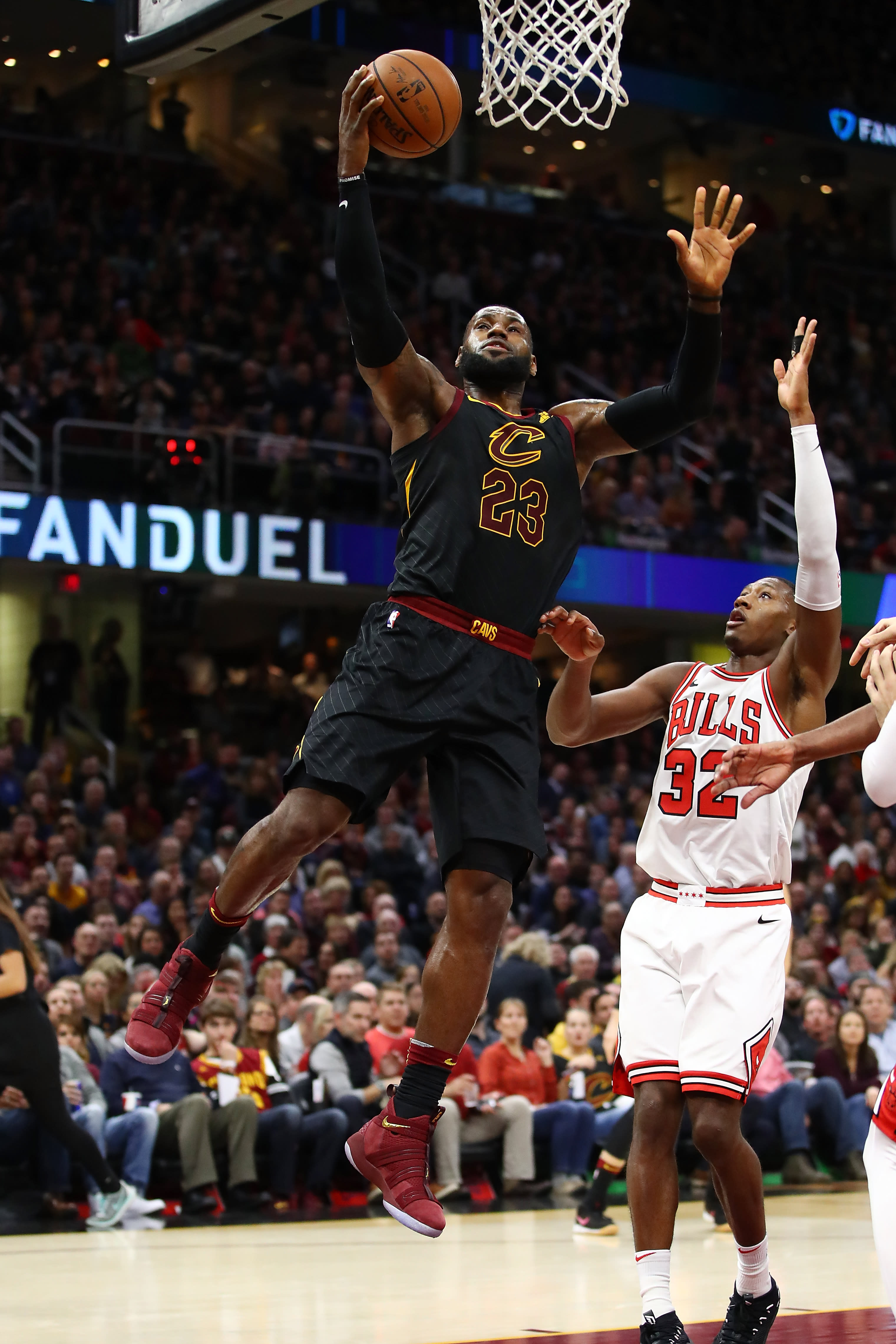 The NBA on Christmas Day — a pro hoops tradition like no other — turns 70 on Monday.

The Dec. 25 festivities will mark the 10th consecutive season fans will be gifted with a five-game slate, including a third straight Golden State Warriors-Cleveland Cavaliers showdown.

The games, listed below, will feature four of our top five MVP candidates, a handful of Rookie of the Year hopefuls, 11 All-Stars from last season and the top two teams from each conference.

Rundown: The first contest of the day may not seem all that appealing at first glance, as the 76ers have cooled down after starting the season hot and the Knicks have been up and down all season and will be without their second-leading scorer, Tim Hardaway Jr. But what’s the NBA on Christmas Day without a game at Madison Square Garden? And who doesn’t want to watch three of the league’s brightest young stars — Ben Simmons, Joel Embiid and Kristaps Porzingis — on the floor at the same time?

Rundown: Unless, by some Christmas miracle, Stephen Curry is fully healed from his ankle injury in time, the first meeting between these two teams since Golden State’s NBA Finals rout will come with an asterisk. But it will make for must-see TV all the same. The Warriors have continued to roll since Curry went down earlier this month, while the Cavs have been the hottest team in the East since starting the season 5-7.

Rundown: This game may not be reminiscent of last year’s Eastern Conference semifinals, when the Wizards and Celtics stoked one of the NBA’s hottest rivalries in a hard-fought, seven-game series. Only four Celtics from that roster remain, while the brotherly love of the Morris twins — Markieff, of the Wizards, and Marcus, of the Celtics — should keep the tensions from boiling over. Fans can still expect plenty of holiday goodies, though, including a head-to-head battle between the East’s top two point guards, John Wall and Kyrie Irving.

Rundown: Viewed by many as the most enticing NBA on Christmas Day gift to unwrap when the schedule was released in August, this game doesn’t have the allure we had hoped for. MVP frontrunner James Harden and the Rockets are off to one of the best starts in franchise history, while the Thunder’s Big Three of Russell Westbrook, Paul George and Carmelo Anthony have struggled to develop an on-court rapport. The Thunder did, however, show they have what it takes to hang with the big dogs with November’s rout of Golden State, so a Christmas miracle could be in store.

Rundown: Lonzo Ball and the Lakers vs. the new-look Timberwolves? The NBA schedule makers hit the nail on the head when they thought this one up. Little did they know Kyle Kuzma would be the main attraction in Laker Land, while Jeff Teague, not Andrew Wiggins, would be the T’Wolves’ third-best player thus far. If nothing else, the fact that TNT’s Inside the NBA crew — the beloved quartet of Ernie Johnson, Kenny Smith, Charles Barkley and Shaquille O’Neal — will call the game for the first time together will provide enough “mayhem,” as Johnson told USA TODAY Sports, to make this a must-watch.

“It’ll be fun,” Johnson said. “It’ll be an extension of our show to some degree, it’ll be calling the game to some degree. The two are gonna mix. It’s not going to be your traditional broadcast, by any means, because four voices at an announce table for an NBA game is quite a few.”