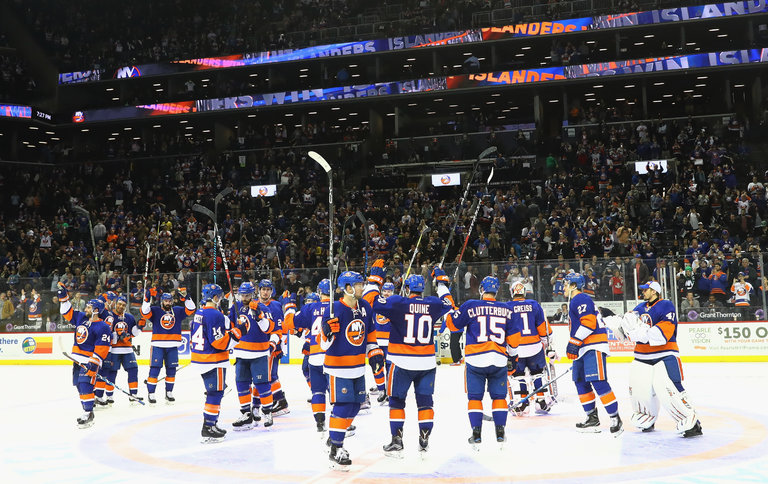 It’s hardly the Dodgers going to Los Angeles, but another major sports franchise is leaving Brooklyn.

The New York Islanders, who moved from their suburban home to Brooklyn in 2015, have won a bid to build a new arena on the grounds of the Belmont Park horse track.

State officials confirmed the deal Wednesday ahead of a formal announcement at the racetrack, which is home to the third leg of horse racing’s Triple Crown. 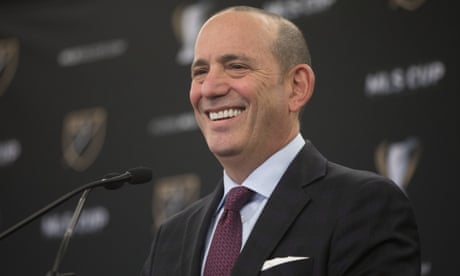 Nashville expected to be awarded MLS franchise at Wednesday announcement

The National Hockey League team beat out a bid from the New York City FCsoccer team, which envisioned building a stadium on the site just east of New York City.

The Islanders played at the Nassau Coliseum from its inception in 1972 until 2015, winning the Stanley Cup every year from 1980 to 1983. The move to the Brooklyn arena was greeted with displeasure by fans, who always considered the team to be a Long Island staple. The team is last in average attendance this year in the league.

Not surprisingly, fans applauded the reports the team would be headed back across the city limits to Nassau County.

The Massapequa resident said he attends two or three games a season in Brooklyn, compared with 10 or 12 when the team played at the Coliseum. He expected to return to that number in the new arena.

“It’ll be good for (the team) to come back home,” he added. “(Barclays Center) is not ours, it feels like we’re renting this. But that place will be ours. It’ll be great.”

The Islanders submitted a development bid for a portion of the Belmont complex in September with several partners, including owners of the New York Mets and Madison Square Garden. A spokesman for the partners declined comment on Tuesday.

The state-run Empire State Development Corp announced in July a request for proposals to develop vacant and underutilized parking lots at the site of the racetrack. The state also solicited bids to develop the land in 2012 but wound up scrapping all proposals a year ago.