The NFL’s most exciting divisional race could come into focus or be sent into further entropy on Sunday.

With a win over the Atlanta Falcons on Sunday and a loss by the Carolina Panthers, the New Orleans Saints would claim the NFC South for the first time since 2011. But Atlanta is fighting for its own playoff life, as a fifth consecutive victory in the series would seal a postseason berth for the Falcons and set up a thrilling Week 17 scramble among three teams for the divisional crown.

For the Saints to avenge an earlier 20-17 overtime loss in Week 14, they will have to rediscover their offensive spark while ratcheting up their defensive performance.

Alvin Kamara’s availability for New Orleans could make the difference, which never fully recovered from losing the rookie running back to a concussion in the first quarter of the previous contest. With Kamara sidelined, fellow Pro Bowl selection Mark Ingram had just 49 yards on 12 carries as the Saints became uncharacteristically one-dimensional.

Having Kamara back should open up opportunities for the rest of the offense, though Falcons linebacker Deion Jones has served as a potent counter to New Orleans’ passing game. He had the game-clinching interception in the first meeting this season, and he also returned a pick 90 yards for a score in last year’s showdown in the Superdome.

The Saints will also need a steady stream of big plays from their defense, which gave up 26 first downs to the Falcons two weeks ago but kept the game close by forcing three interceptions. Rookie Marshon Lattimore will be asked to reprise his role after doing an admirable job covering Julio Jones, who still finished with 98 yards receiving but had just five catches on 11 targets. Losing safety Kenny Vaccaro and linebacker A.J. Klein, both of whom were placed on injured reserve this week, could hamstring New Orleans against a deep and diverse Atlanta attack. 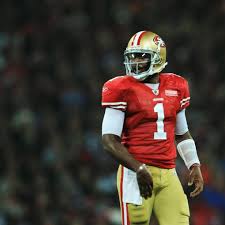 Here are four other matchups that will define Week 16 in the NFL:

The reigning rushing king returns from his six-game suspension stemming from allegations of domestic violence in what has become an elimination game, as the loser will be out of the NFC playoff race.

The Cowboys went 3-3 and rushed for 121 yards per game in Elliott’s absence, but there’s little question that his return reinvigorates the offense. Though Dallas coaches have been reluctant to reveal how the running back will be worked back into the game plan, it’s difficult to envision anything but a full workload given the stakes and how fresh he should be. His presence should also aid Dak Prescott, who threw for more than 220 yards in just one the last six games.

Meanwhile, the Seahawks’ once-stout defense is reeling after giving up 244 rushing yards and three touchdowns on the ground in a 42-7 loss to the Los Angeles Rams. Having linebackers Bobby Wagner and K.J. Wright healthy should help stabilize the unit. But needing help even if they win their last two games, the Seahawks face the very real possibility of missing the playoffs for the second time in the Pete Carroll era and first since 2011.

The tight end and cornerback might not find themselves directly matched up against each other often, but Gronkowski’s late hit on White and corresponding suspension raised the stakes for the rematch.

New England has already wrapped up the AFC East, but it could draw closer to clinching home field advantage while dealing Buffalo a devastating blow in its pursuit of ending the NFL’s longest playoff drought. Gronkowski has 315 receiving yards in his last two games –  including a 147-yard outing in the first meeting with the Bills – to give him the most of any tight end in the same span since 1970, according to NFL research. With the wide receivers still struggling and Rex Burkhead out and James White questionable, Gronkowski could take on an even heavier burden in the passing game.

White has downplayed talk of revenge ahead of the matchup after initially calling him a “dirty player.” The Bills’ secondary has allowed a league-low 11 touchdown passes and will have to find an answer for Gronkowski in the red zone. But Buffalo also must address its deficiencies against the run, as New England racked up 191 rushing yards in the first meeting.

In an MVP race defined by attrition, Gurley might be the lone challenger standing to Tom Brady. Even if he falls short of the top honor, he should be considered a front-runner for comeback player of the year after leading the charge for the Rams’ remarkable emergence.

With 1,817 yards from scrimmage, Gurley trails only Le’Veon Bell (1,849) yet has 76 fewer touches than the Pittsburgh Steelers running back. He has served as the engine for a Los Angeles attack that is tied for first in scoring (31.3 points per game).

But a challenge could be in order against a Titans defense that ranks third against the rush and has allowed a league-low five rushing touchdowns. If Tennessee can zero in on Gurley, it could shift the offensive burden to second-year quarterback Jared Goff. Though the Titans now rank 25th against the pass, forcing Goff to make plays rather than take what’s afforded to him is the best rout for slowing the attack.

The Jaguars can clinch the AFC South and continue their push for a first-round bye, but Sunday’s matchup is notable in large part because of the team not in contention. The 49ers are 3-0 when starting Garoppolo, who is building excitement for Kyle Shanahan and John Lynch’s long-term plan in San Francisco.

The former Patriots backup is still set to become a free agent after this season, but it’s difficult to envision the 49ers letting him escape after his successful December run. But Garoppolo will become something more than a late-season footnote if he can engineer an upset win over what looks to be the league’s biggest challenge for an opposing quarterback.

Jacksonville’s defense, which averages just 14.9 points allowed per game, is imposing at every level. The unit has an NFL-best 51 sacks and also features the AFC’s two starting Pro Bowl cornerbacks in Jalen Ramsey and A.J. Bouye. Garoppolo has only been sacked seven times this season, but he’ll have to be decisive while still being mindful of testing the Jaguars’ secondary, as the defense ranks second with 20 interceptions. But in order to secure its first divisional title since 1999, Jacksonville will have to prevail on the West Coast after losing in each their last seven trips.