Ronnie O’Sullivan came through a final-frame decider against Chinese player Li Hang to reach the last 16 of the Scottish Open in Glasgow.

The five-time world champion knocked in his 920th career century to lead 2-1 before Li took the next two frames.

The world number 36 had a chance in the next but ‘The Rocket’ fired back and clinched a 4-3 win with an 80 break.

Robertson whitewashed Wishaw-based Chris Totten 4-0, his victory sealed with a break of 97, and will face David Grace next.

Fu, the defending champion, came through a final-frame decider to beat Zhou Yuelong 4-3. The world number nine plays another Chinese player, Xiao Guodong, in the fourth round. 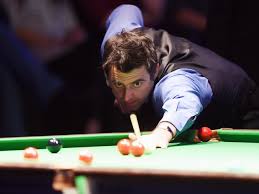