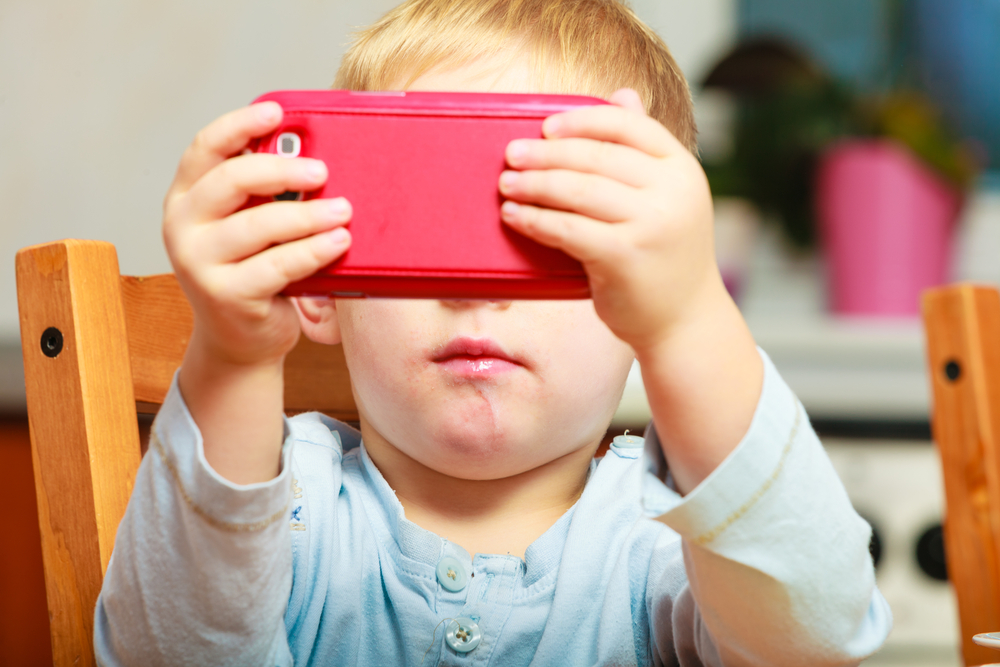 Children under the age of nine spend more than two hours a day on screens, a new report has found.

More than one in three kids aged eight and younger even have their own tablet devices.

Whilst these stats might be setting off alarm bells for parents, children’s media expert Sara DeWitt insists that screen time can actually be beneficial for kids.

Speaking at TED in April, DeWitt debunked three of the most common fears parents have about screen time for kids.

Whilst she acknowledged that not all digital media is great for kids, DeWitt believes the demonisation of screens is partly unfounded and stresses the importance of balance and strategy when it comes to giving your children screens.

She explained that screen time can actually prompt more real life conversations between kids and their parents and benefit their relationship in the long run.

Here are the three most common fears debunked, as outlined by DeWitt.

A lot of parents believe that screens stop children from being active and playing outside, however, DeWitt cites an experiment involving a virtual bat game which actually encouraged children to continue playing physically afterwards.

The game, created in collaboration with PBS Kids and children’s US TV show Wild Kratts, allowed kids to move their arms and see themselves as bats on screen with wings.

When the game had finished and the screens had been switched off, the children kept pretending to be bats and even remembered facts about the animals.

DeWitt explained that the game “prompted embodied learning” and encouraged kids to recreate their screen experience in the real world.

DeWitt explained that how a child plays a game on a screen – when they pause and how they overcome challenges – can teach us a lot about their academic aptitude.

After playing the game, researchers gave the kids a standardised maths test.

These are the unhealthiest family restaurants in the UK

They were then able to accurately predict their test scores through an in-depth data analysis of backend gameplay data gathered from the Curious George games.

Therefore, even though the game wasn’t built for academic assessment, DeWitt proved how they might teach us more about cognitive learning than a standardised test.

This could subsequently reduce testing anxiety in the classroom, she added.

Screens isolate children from their parents

Another common fear is that children engaging in too much screen time will subsequently spend less time with their parents.

However, DeWitt explained that when parents ask their kids details about the games they’ve been playing, it can provoke enriching conversations with them and further game playing in real life.

“The act of talking to kids about their media can be incredibly powerful,” she said.

She encourages parents to talk about the content of screen games that their kids are playing in order to make it a more inclusive family experience.