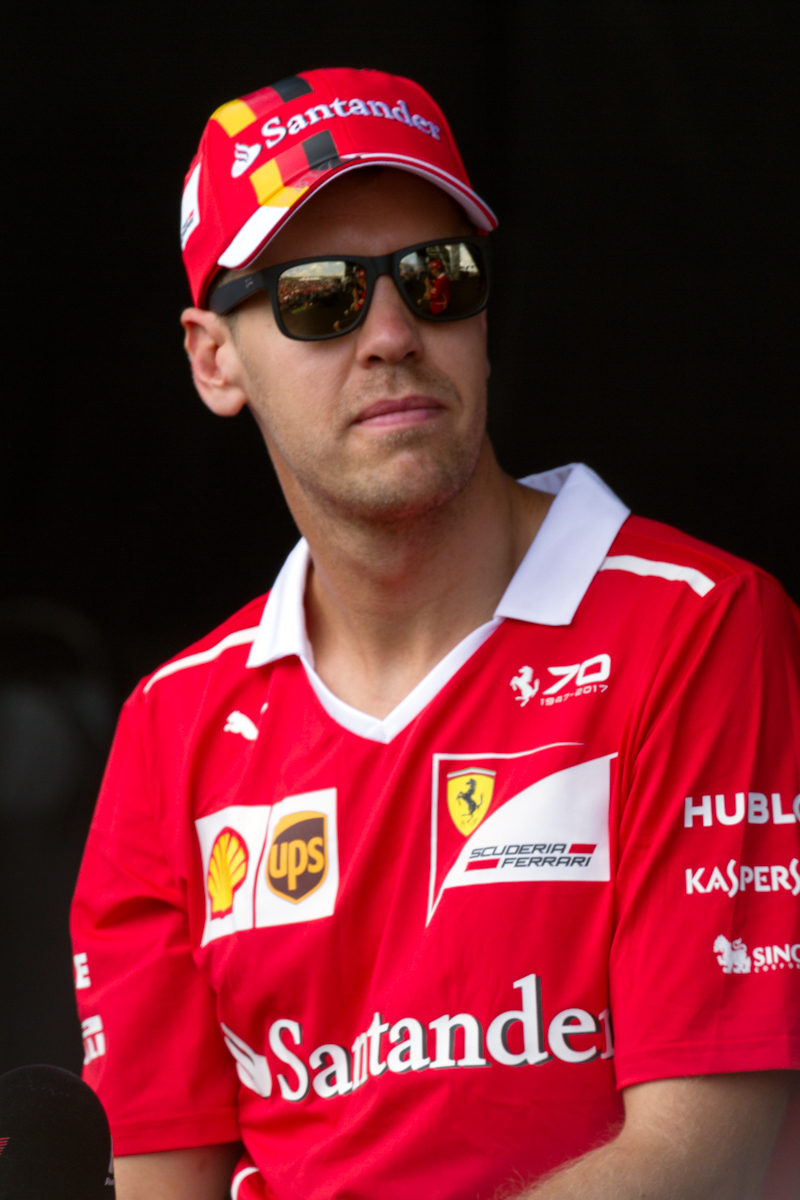 Today’s race is one of the races that I want to watch. Pressure till the end. A true masterpiece of Sebastian Vettel. This is his second win in two races this season.

Bahrain was one of the most dramatic race till now. Hamilton managed to get trough 3rd place after started at 9th, and the most dramatic moment was the ran over mechanic of Ferari by Raikonen at the pit stop ( of course not by his fault but… this case will be seen through again)

The last two laps were ‘nail-biting’ and Vettel was shocked how did he managed to win. He admitted that his tires were exhausted in the last 10 laps and beside tires Bottas was breathing in his neck but still Vettel hanged on.

Over all this was good race for both great teams Ferrari and Mercedes.

What actually happened in the pit stop?

At Raikonen’s second pit stop, Ferrari’s team manager made bad decision and gave the Finn green light to leave the pit stop before his left rear wheel had been removed and he smashed into the leg of the mechanic who was changing the front one. The mechanic finished in hospital with broken leg and Raikkonen had to stop racing.

Due to this mistake, the race officials fined Ferrari with 50 000 euros.

Raikkonen and the team already were fined on Friday where also had made unsafe release from pit.

Another drama was the red bull driver Ricciardo clash into the Mercedes of Hamilton but unfortunately Red Bull finished the race before it can start and Hamilton managed to over take and climb to the 3rd.

Gasly took the 4th place, then followed Magnussen with fifth ahead of Hulkenberg and Alonso, who spared McLaren’s blushes with a superb drive after a terrible performance in qualifying, trounced by the Toro Rosso using the Honda engine McLaren rejected as not good enough last year.

Vettel now has a 17-point lead over Hamilton after two of 21 races this season.