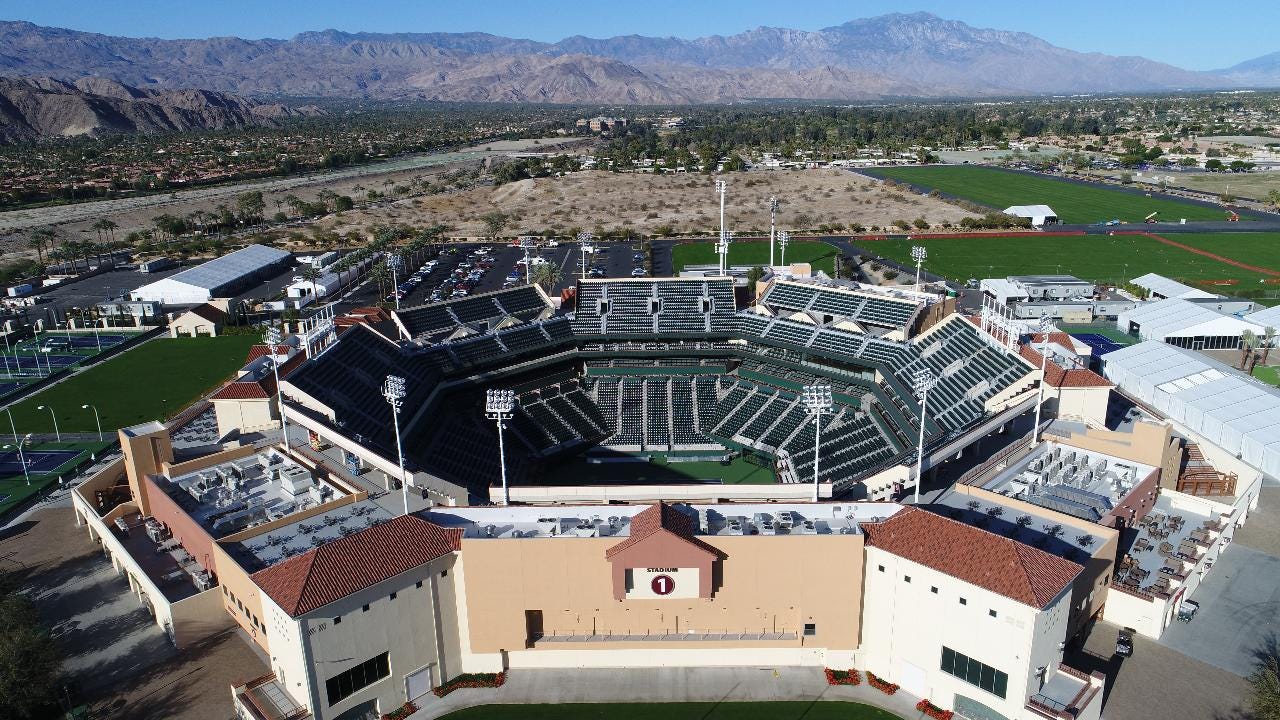 As a seeded player, as she has been for most of the last 20 years, Serena Williams never has to play an opponent as talented as Kiki Bertens in the second round. And she certainly never has to play someone as good as Venus Williams in the third round.

But such is the reality of being an unseeded player, and Serena didn’t let it stop her Saturday afternoon at the BNP Paribas Open in Indian Wells.

Serena survived a battle with the No. 29 seed Bertens, but came out on top 7-6, 7-5. Her reward for knocking off one seeded player is a date with the No. 8 seed, her sister Venus on Monday.

“I have to play a seed regardless, sooner than later most times for the next couple of tournaments,” she said with a glimmer in her eye to indicate she plans on being a seeded player again soon. “So I have to be ready, you know. Whether it’s Venus or anyone else, it’s going to be someone. Obviously, I wish it was anybody else in the draw, literally anybody, but that’s OK. Just have to go out there and see how I am and do my best.”

She wasn’t at her best Saturday, but she was very good. And she had to be against Bertens, a veteran player who was not overwhelmed by the big stage and famous opponent.

Bertens had Serena on the ropes, up 5-4 in the first set and with the serve, but as Serena’s game rounds back into shape after more than a year off after giving birth, her competitiveness on key points never left.

Serena Williams returns the ball to Kiki Bertens, of the Netherlands in the women’s 2nd round at the BNP Paribas Open on Saturday, March 10, 2018 in Indian Wells.  (Photo: Richard Lui/The Desert Sun)

Serena evened the match with a winner down the line to break Bertens and tie at 5-5. It went to a tiebreak at 6-6, and again Serena came up with the right shots at the right time.

She hit a beautiful backhand winner down the line to go up 3-1. An unreturnable serve later in the tiebreak made it 6-3 and with the crowd on her side at 6-5, Serena grabbed the final point, and gave a loud scream accompanied by a fist pump.

The second set was also close, but in the end Serena had enough to outlast Bertens. Williams was serving for the match at 5-4, but Bertens broke her. Williams broke right back to go up 6-5 and served it out for the win.

“You guys are crazy. No. I’m getting there. I have a long way to go,” she said. “But it definitely felt better than the first round, but, I mean, I’m still a little rusty. I’m still making errors that I don’t normally make.”

Serena Williams reacts to winning a hard point against against Kiki Bertens, of the Netherlands in the women’s 2nd round at the BNP Paribas Open on Saturday, March 10, 2018 in Indian Wells.  (Photo: Richard Lui/The Desert Sun)

Next up on the bracket: Someone named V. Williams. It will be the 29th time the two have faced each other, but the earliest they’ve met in a tournament since their first-ever meeting at the 1998 Australian Open over 20 years ago.

It technically will be the first time they’ve played each other here. Unless something crazy happens, desert fans will finally get to see the matchup that did not happen during the controversial 2001 semifinal. That was the fateful day when a full stadium at Indian Wells was told that the Williams sisters semifinal match would not happen due to a knee injury for Venus. The crowd was angry and went on to boo Serena during her final victory the next day.

The duo boycotted Indian Wells, but lifted the boycott in 2015 when Serena Williams returned. Now, the Southern California girl says she feels at home again here.

“I have so many friends that come here, so it definitely has more of a homey feeling. I love that. I love that reception that I get and I love the welcome home,” she said.

And as far as that day in 2001 when she and her sister were supposed to play? Serena said it’s not on her mind.

“I literally didn’t even think about it. That’s, you know, totally gone out of my mind. First of all, 17 years ago seems like forever ago. Yikes,” she said.

Serena Williams returns the ball to Kiki Bertens, of the Netherlands in the women’s 2nd round at the BNP Paribas Open on Saturday, March 10, 2018 in Indian Wells.  (Photo: Richard Lui/The Desert Sun)

When: Monday, they have not determined the time yet, but a logical guess would be in the 7 p.m. slot.

Head-to-head: Serena leads the 28 meetings 17-11, most recently beating Venus in the Australian Open final in 2017.

Coming Monday: A deeper dive into the history of the Williams sisters’ head-to-head matchups.

Serena Williams returns the ball to Kiki Bertens, of the Netherlands in the women’s 2nd round at the BNP Paribas Open on Saturday, March 10, 2018 in Indian Wells. Richard Lui/The Desert Sun
Source: https://www.usatoday.com/story/sports/tennis/bnp/2018/03/10/serena-williams-surviving-life-unseeded-player-slides-into-third-round-match-against-sister-venus/413699002/