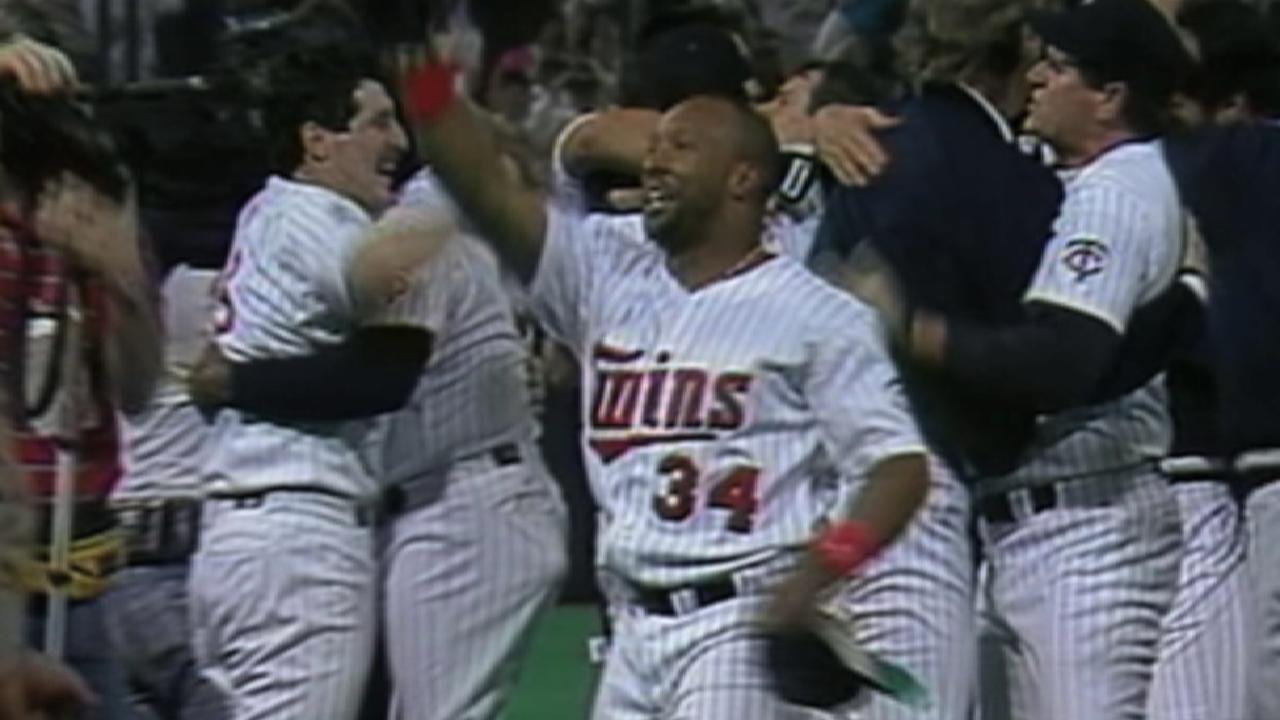 Recently I looked at what I called baseball’s Super Seven and what moves they still need to make this offseason. Let’s look at the next group of seven teams. I’d say there’s a bit of a gap between the first three and the next four, and I could have included some other contenders since we have a glut of teams that currently project right around .500, but these seven teams all have strong aspirations. Whether they are positioned to meet them remains to be seen.

What they should do next: The Cardinals already have made one of the biggest transactions of the offseason, acquiring Ozuna from the Marlins for three prospects, but all indications are they’re looking to make another big one, with the Josh Donaldson rumors heating up once again. For that deal to happen, the Cardinals would have to include some MLB-ready talent as the Blue Jays aren’t willing to pack it in for 2018, so maybe Jedd Gyorko and somebody from the outfield pool (Randal Grichuk, Tyler O’Neill) goes back to Toronto.

The Cardinals added Mikolas, the former major leaguer who has starred in Japan the past couple of seasons, apparently to replace Lynn in the rotation, but they still need to find a closer. Wade Davis is the obvious fit here, with Addison Reed a cheaper (and lesser) alternative. The rotation has a lot of questions (Is Mikolas the real deal? Is Luke Weaver ready to step up? Will Adam Wainwrightbe less awful? When will Alex Reyes be ready?) but they have enough options for now that they probably can see how things play out and make an in-season move if necessary. 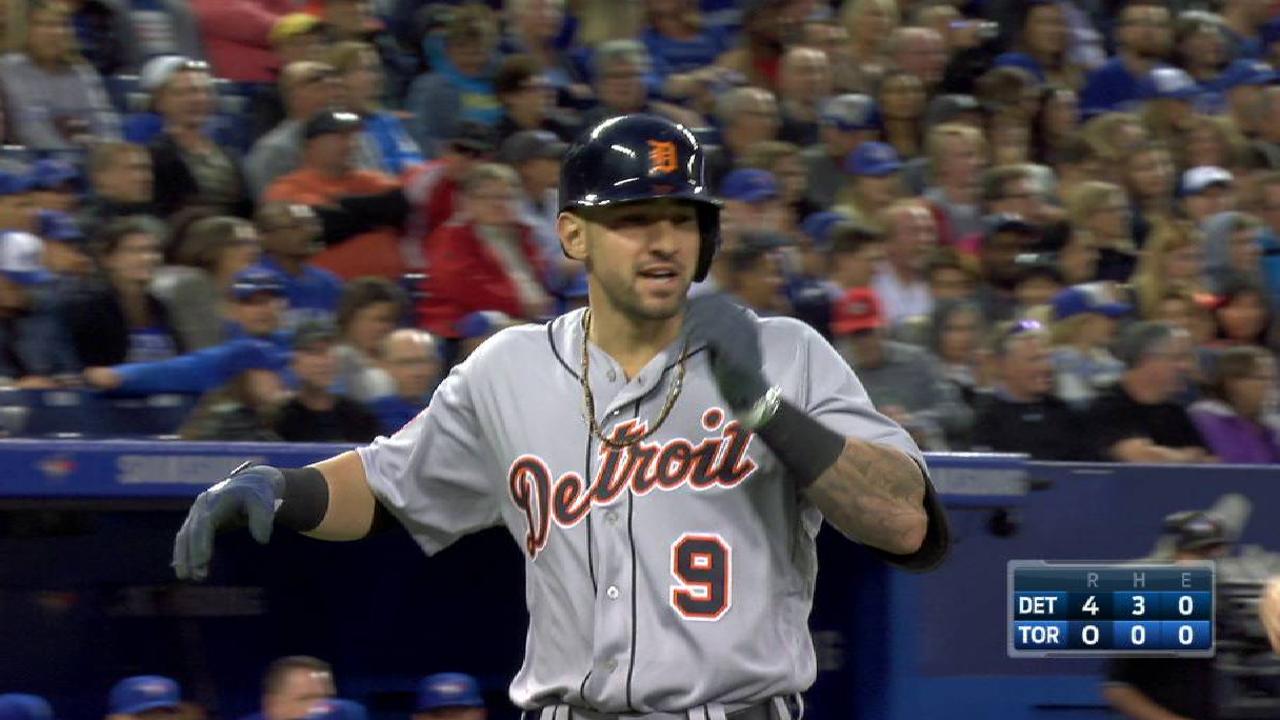 What they should do next: The Diamondbacks have added a couple of closer candidates to replace Rodney, although Hirano’s strikeout rate has plunged the past couple of seasons in Japan while Boxberger has had trouble staying healthy the past couple of years after leading the American League in saves with Tampa Bay in 2015. It makes sense to keep Archie Bradley in a more flexible role, so we’ll see if the ninth inning becomes a problem or Bradley eventually takes over.

The main issue for Arizona, however, is that the offense isn’t that good. As with the Rockies, the home field masks this, but outside of Paul Goldschmidt and Jake Lamb (who can’t hit lefties), everyone else left on the roster had a below-average adjusted OPS in 2017. Jonathan Lucroy is a fit to replace Iannetta as the primary catcher — I can’t see them giving more at-bats to Jeff Mathis — but the price has to be right given Lucroy is coming off a bad season.

More importantly, they should be looking to add an outfielder. A.J. Pollock and David Peralta aren’t exactly pictures of durability and Yasmany Tomas has been worth minus-2.2 WAR in his career. He’s not good, with any power he provides canceled out by a poor OBP and bad defense. Chris Owings is a utility guy, not a starting outfielder on a playoff team. Martinez is too expensive to bring back, so maybe you go with Carlos Gomez, who can start in right field, and fill in for Pollock in center. If they want to spend a little more money, Lorenzo Cainwould be a great fit. It’s getting deep enough into the offseason, that maybe the price for a guy like Cain will drop into Arizona’s range. 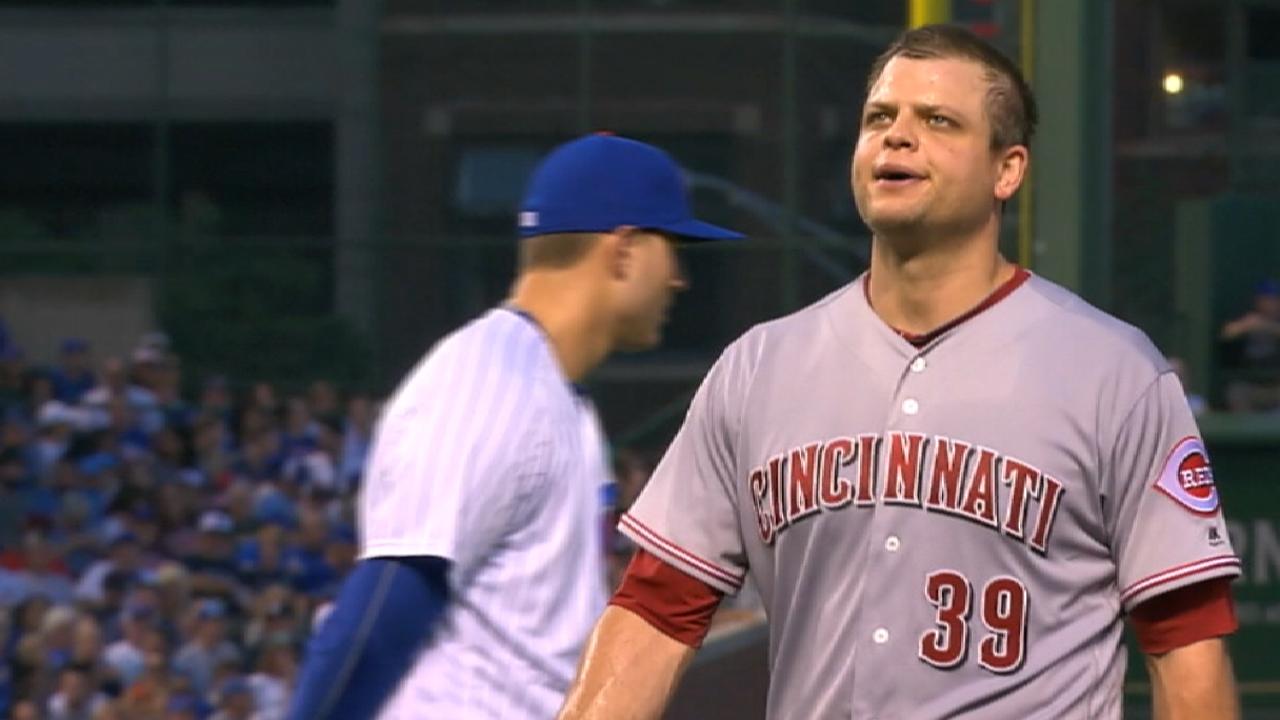 What they should do next: Billy Eppler has had a dream offseason, not only luring Ohtani to the Angels and keeping Upton from leaving, but shoring up second base and third base, where the Angels ranked last and 25th in the majors in wOBA.

What’s left to do? Add a starting pitcher. And that guy should be Yu Darvish. The current projected payroll, according to Cot’s Contracts, is about $165 million, similar to last year, but that still leaves room to sign Darvish and stay under the $197 million tax threshold. The Angels currently are projected at 88 wins on FanGraphs; add Darvish and maybe they have a chance to chase down the Astros if everything goes right (Houston is projected at 97 wins). If Ohtani is the real deal and Garrett Richards can stay healthy, a top three of Darvish, Richards and Ohtani could be good enough to make a postseason run. A deep postseason run. 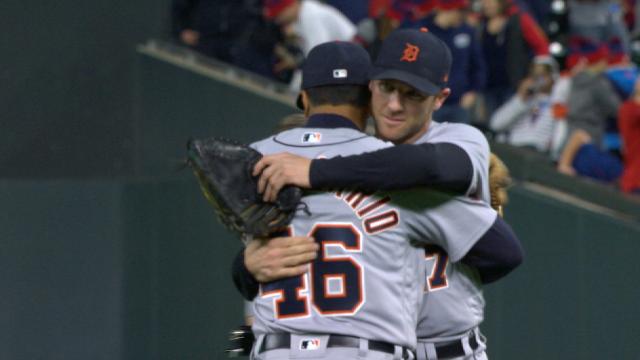 What they should do next: You’re not going to chase down the Cubs bringing back Gallardo, that’s for sure. OK, Chacin should be viewed as the bigger signing coming off a 3.89 ERA for the Padres, but we’ll see if he can replicate that kind of season. The advanced metrics liked what he did in 2017, as he limited hard contact with an average exit velocity that was among the best among starting pitchers. I’ll take Chacin at two years, $15.5 million over what Jake Arrieta is asking.

I also don’t get the Domingo Santana trade rumors considering he had a breakout season after leading the team in OBP and hitting .278/.371/.505. Maybe the Brewers aren’t buying those numbers and want to sell high to clear room for Lewis Brinson, but I’m skeptical of Brinson’s ability to produce right away. His track record in the minors is spotty except for big numbers in High Desert in 2015 and Colorado Springs in 2017, two places where everybody hits. So I’d keep Santana and let Brinson challenge Keon Broxton in center field.

The Chacin and Gallardo signings probably close the gate on another starting pitcher. They could get in on the Gerrit Cole trade talks, but many of the Brewers’ top prospects took a step backward in 2017, so it would be hard to outbid the Yankees. I guess that leaves re-signing Walker for second base, although giving Jonathan Villar a chance to bounce back isn’t a terrible idea either. I’d add a bullpen arm to replace Swarzak, maybe David Hernandez. It all adds up to an offseason that won’t push the needle much. The payroll still projects as one of the lowest in the game at $71 million and the Brewers were more than $100 million in 2014 and 2015, so there’s room to add pieces, but it appears they’re saving money for next offseason. 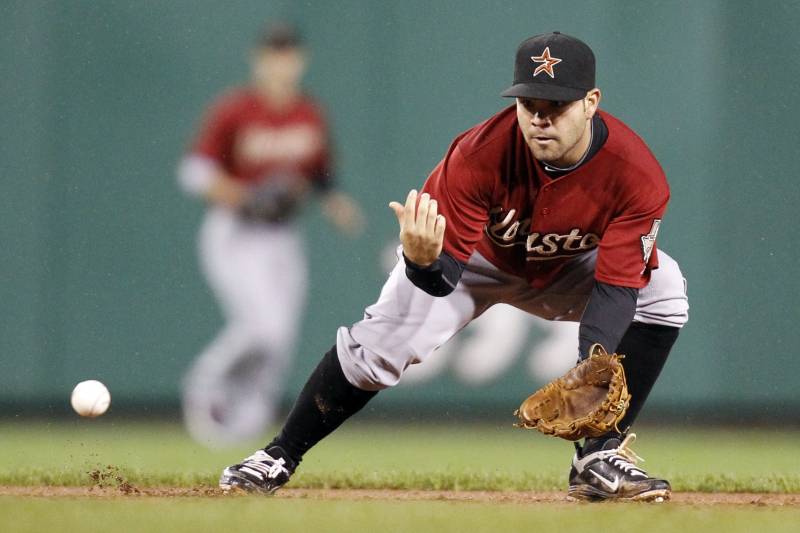 What they should do next: The Twins have followed up their surprising wild-card berth by signing a 41-year-old closer and a pitcher coming off Tommy John surgery who won’t be ready until 2019. The rumors with the Twins also have been light, although they’re apparently hoping to meet with Darvish. That would be the obvious upgrade to make, improving a rotation that is thin behind Ervin Santana and Jose Berrios. Money isn’t a roadblock, especially after 2018 when the Twins have just $29 million in guaranteed salary on the books (Joe Mauer’s $23 million will be gone).

Aside from Darvish, if the Twins want to try something exotic, what about going after J.D. Martinez? Yes, the offense was fourth in the AL in runs and the best in the majors over the final two months, but Martinez could split time in left field and DH, with Eddie Rosario, Max Kepler and Robbie Grossman sharing time in right field and wherever Martinez isn’t playing. With Mauer gone after 2018, that still leaves DH for Martinez and first base for Miguel Sano if either becomes too much of a defensive liability in the outfield or third base. 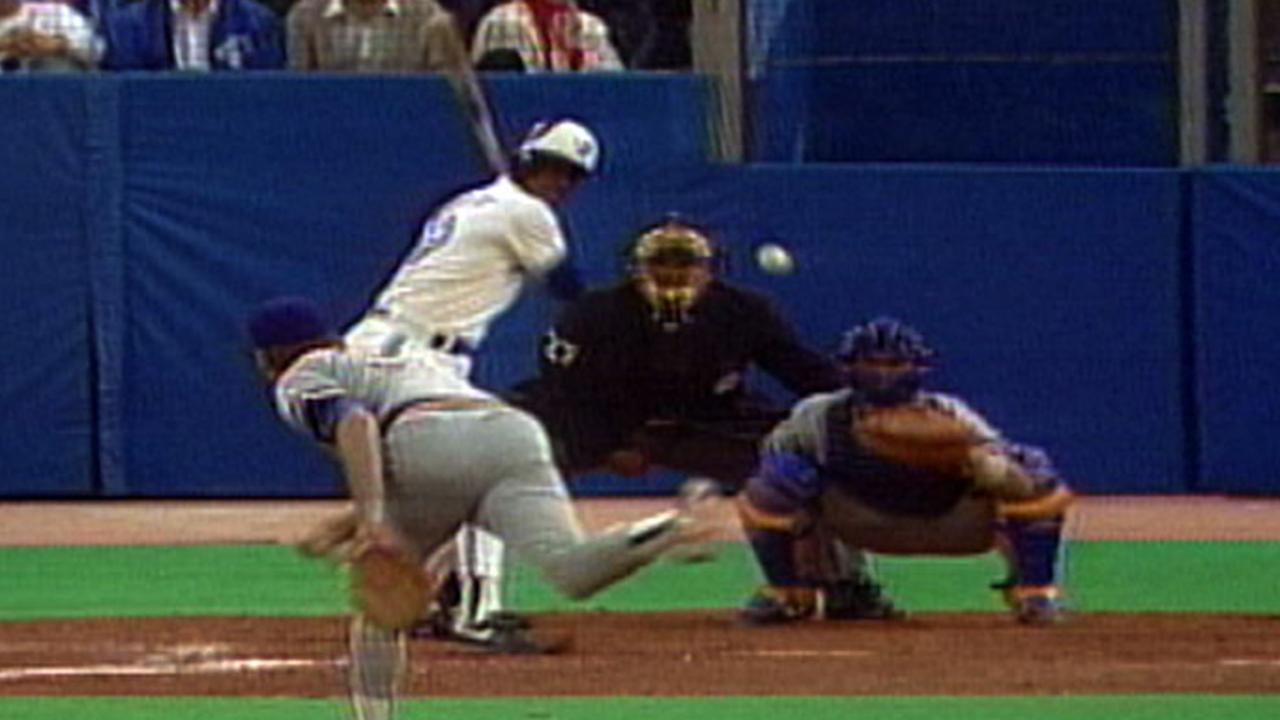 What they should do next: Here’s the problem with the Rockies: They never think big. The one time they did, they wasted $80 million on Ian Desmond. The Rockies have an offense that was bad outside of two MVP candidates and a singles-hitting second baseman, but they haven’t addressed that in any meaningful manner. I would love for them to think about adding Martinez — look at what he did in two-plus months in Arizona and imagine that over six months in Coors Field. They did have to address the bullpen that had three significant free agents, but they’re now paying four relievers $7 million-plus. They also can’t assume all those rookie starting pitchers are going to be as good again (plus they have to replace Chatwood’s 25 starts).

Given that they won’t spend the money on Martinez, I’d go after Logan Morrison to play first base (he hit .246/.353/.516). That might help salvage a disappointing offseason. And keep in mind: Charlie Blackmon hits free agency after 2018 and Nolan Arenado after 2019. The Rockies have been building for a long time and right when they have a chance to be good, they’ve decided to spin their wheels in winter snow. What they should do next: Yes, Jerry Dipoto has been active as usual, but he failed to reel in the big fish he wanted in Ohtani. He made the creative move to acquire Gordon and move him to center field, but the Mariners still project as a .500 team. So is there anything Dipoto can do with the payroll already set to last year’s level?

First base: The Mariners are one place where Eric Hosmer could reasonably fit and it’s a position where the Mariners have been weak for years, but unless Hosmer’s price tag drops considerably, it’s not a realistic scenario. They already tried the Logan Morrison thing, so they probably will just stick with Healy and maybe waiver claim Mike Ford (an OBP machine in Triple-A for the Yankees). 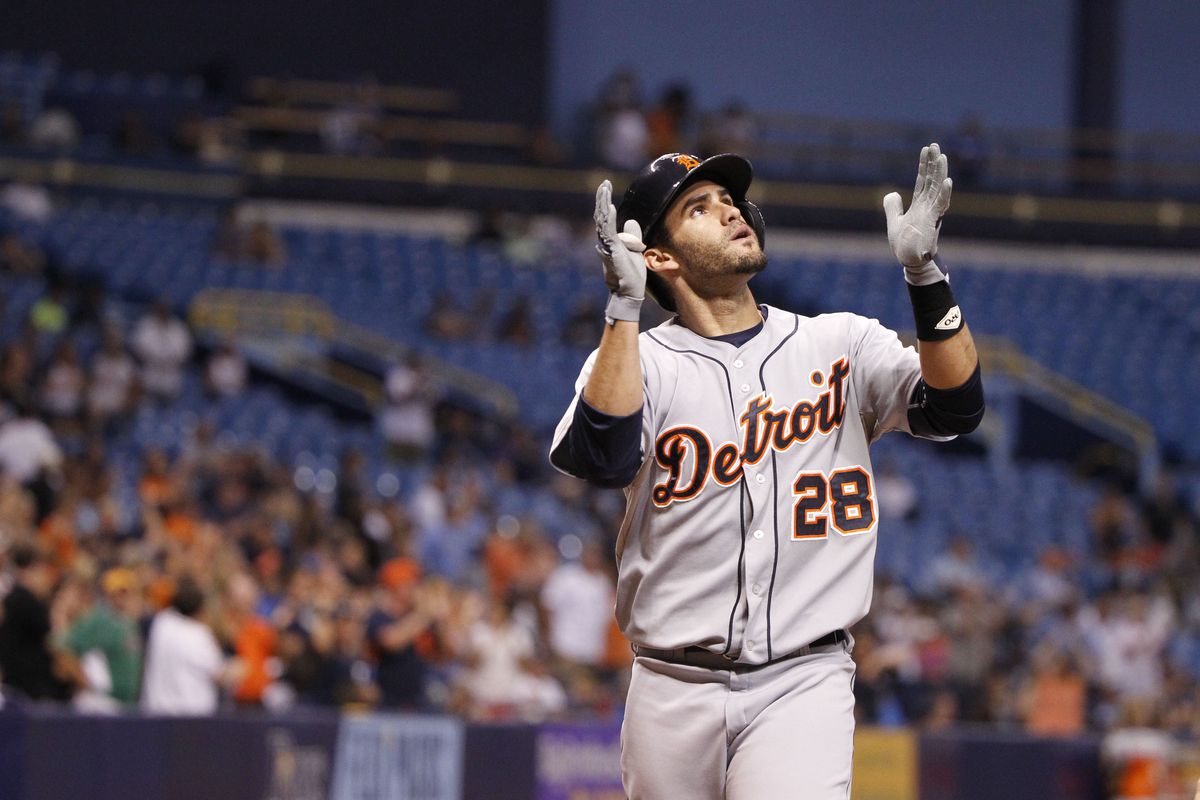 Left field: Ben Gamel and Guillermo Heredia at least provide good defense, but between that pair and Gordon, you have no power at two outfield positions. Martinez is too expensive and Jay Bruce — 2.9 WAR last year, but 1.0 projected WAR — maybe not be enough of an upgrade.

That leaves the rotation, one that was riddled with injuries in 2017. The fourth and fifth starters right now are Erasmo Ramirez and Ariel Miranda (not counting Iwakuma, who is coming off a shoulder injury). Alex Cobb would be a nice get and not blow up the payroll. Note: The Mariners’ 40-man roster is at 39 players. Dipoto is saving space for one more transaction! 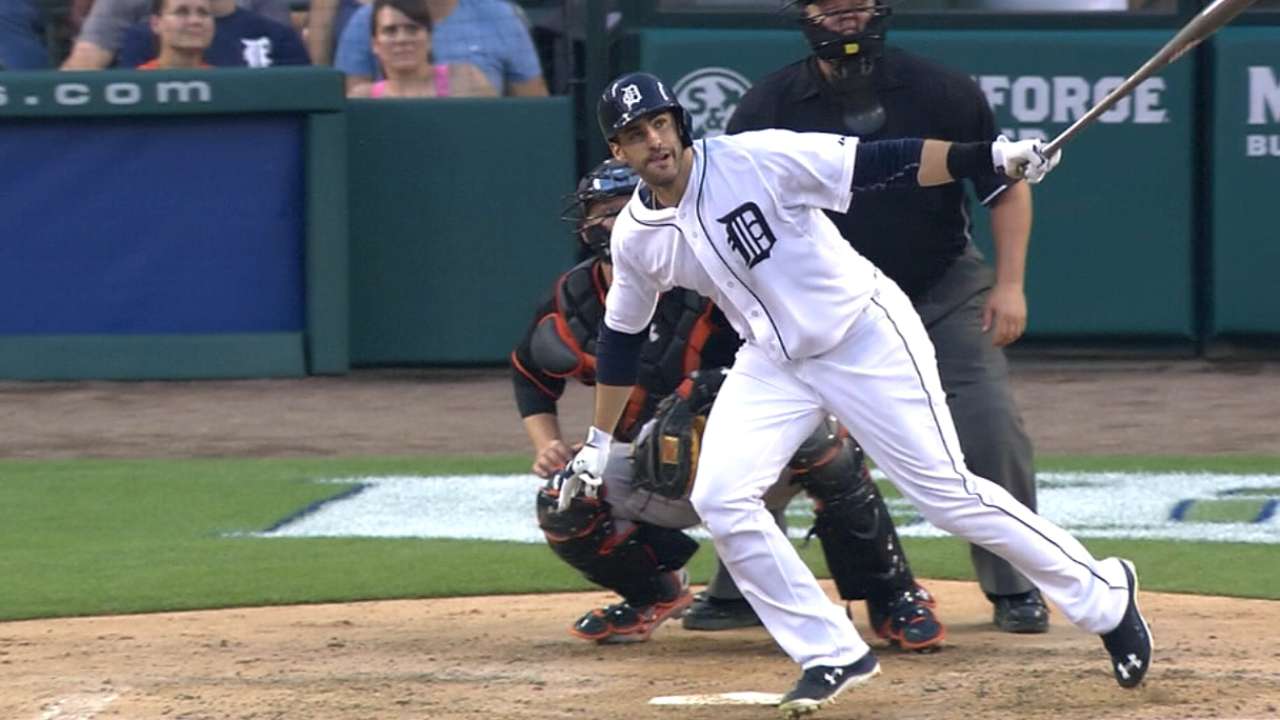