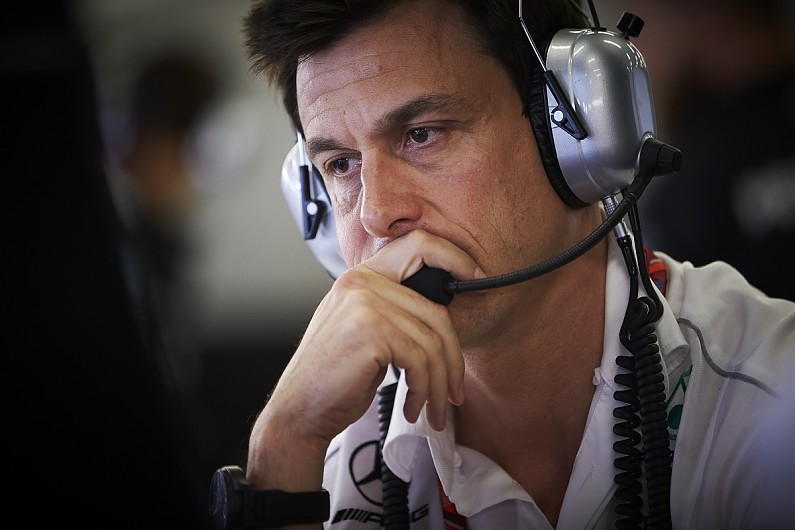 Toto Wolff says Mercedes wanted to supply McLaren with engines in 2018 but negotiations dragged on for too long.

Toto Wolff has labelled the Halo cockpit protection device as a “dreadful” addition to an F1 car as his Mercedes team works on the best way to incorporate it into its 2018 design.

When it became clear that Honda had failed to develop a competitive power unit in 2017, McLaren started to seek alternative options for 2018.

McLaren shareholder Mansour Ojjeh approached Daimler chairman Dieter Zetsche about a possible deal — leaning on the relationship the two built during Mercedes’ 25-year supply deal with McLaren between 1995 and 2014 — but when it came to negotiating details, the deal fell through.

Wolff insists Mercedes was interested in a deal, but says he was not able to put the infrastructure in place to cater for a fourth customer team at such short notice.

“We wanted to give McLaren an engine, the problem is that it dragged on for a long time and we just didn’t have the structure in place and the capacity to supply them an engine for 2018,” Wolff told ESPN. “It was simply too late.”

McLaren went on to sign a three-year deal with Renault after Toro Rosso agreed to give up its Renault supply and take on Honda power in 2018.

Asked if McLaren could return as a customer in the future, Wolff added: “You must never rule out supplying anybody in the future and this is why McLaren or anyone else in the future could be a partner.”

Red Bull has often pointed to the power deficit between its Renault engines and the class-leading Mercedes power units as the reason for its struggles since 2014, but Wolff says it is that kind of attitude that puts Mercedes off supplying the team from Milton Keynes.

“It is exactly because they are saying it like this and undermining their current partner that they are not having one!” he added. “In Formula One, like everywhere else in life — be it your private life or business life — it’s about compromise and acknowledging your partner’s strengths and weaknesses and helping each other out.

“That is very much the culture we have at Mercedes and that has made us successful in the last few years. Respect is a super important part of our values and this is why we have chosen the partners we have.”